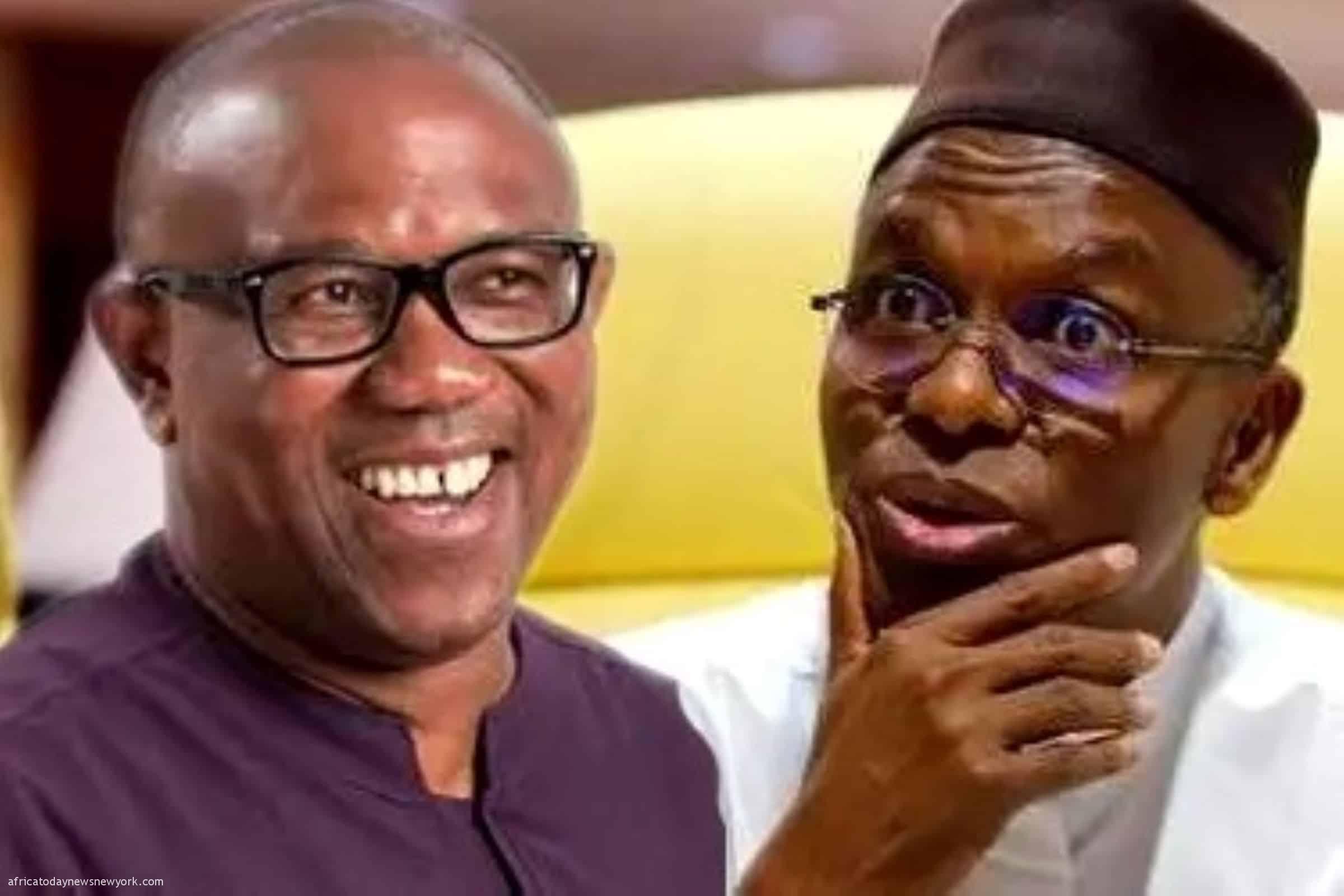 Supporters of Mr. Peter Obi under the umbrella of the Peter Obi Support Network (PSON) have accused Kaduna State Governor, Nasir El-rufai, of preventing a Northern meeting from holding at the Arewa House in Kaduna.

Africa Today News, New York gathered that the followers of the Labour Party (LP) presidential candidate had planned to use the popular Arewa House on Rabah Road.

In a statement on Monday, the POSN lamented that they had fallen victims of power misuse by the Governor Nasir El-Rufai-led-Kaduna State government.

The spokesman, Sani Saeed Altukry said the venue’s manager ‘called to notify that we cannot have Peter/Datti Northern Summit in Arewa House’.

While pointing out that the programme was scheduled for Tuesday, Altukry said no reason was given for the refusal.

‘The governor issued a directive cancelling the use of the venue after the group had paid for its use.

‘The decision is disheartening at the critical point when Northern Nigerians are desperate for development and liberation from poverty.’

Altukry added that ‘the Peoples Movement which Peter Obi represents’ will not bow to “intimidation aimed at suppressing the liberation of the North’.

The POSN charged ‘all oppressed Nigerians and everyone that desires good governance’ to keep their spirits high ahead of the 2023 elections.

Meanwhile, a few days ago, popular Nollywood actor, Kenneth Okonkwo had asserted that the ruling All Progressives Congress (APC), as well as the Peoples Democratic Party (PDP), are rattled by Peter Obi’s movement, the ‘Obidients’.

Okonkwo said this on Thursday in an interview with Arise Tv while commenting on the PDP and the APC describing Peter Obi’s movement as a social media trend.

Africa Today News, New York recalls that Okonkwo dumped the ruling party a few days ago following the decision to have a Muslim-Muslim ticket for the 2023 presidential election.