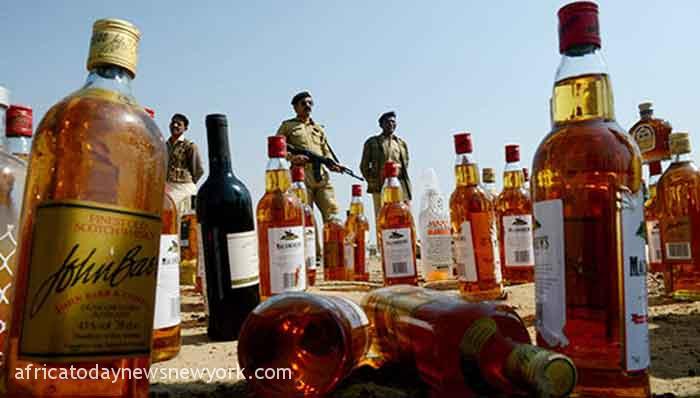 More tragedy has hit India as the death toll in the suspected poisonous liquor consumption which had occurred in the Western Indian state of Gujarat has risen to 33.

It had also been revealed that more than 45 people who had consumed the poisonous liquor are currently undergoing treatment in Bhavnagar and Ahmedabad hospitals of the state as their conditions turned worse.

According to officials the condition of some of them was critical and the death toll is likely to increase further.

“Among the deceased, 24 are from Botad district while nine are from Ahmedabad district,’’ the broadcaster said.

According to officials, the people living in the three districts of Ahmedabad, Botad and Bhavnagar had consumed the toxic liquor.

Gujarat Chief Minister, Bhupendra Patel earlier on Tuesday held a high-level meeting and instructed the police to take strong action against all the illegal sellers of narcotics substances in the state.

However, the local government has set up a three-member committee to conduct a detailed inquiry into the incident.

“The committee has been asked to submit its report to the government within three days,’’ AIR said.

Meanwhile, preliminary investigations carried out by the police revealed the bootleggers had mixed industrial solvent methyl alcohol with water and sold it as country-made liquor in single plastic pouches.

Police have registered three cases against 14 people under charges of murder and other offences. A report so far says that eight of the accused have been detained.

Gujarat is a dry state and has a complete ban on the sale and consumption of alcohol since 1960.