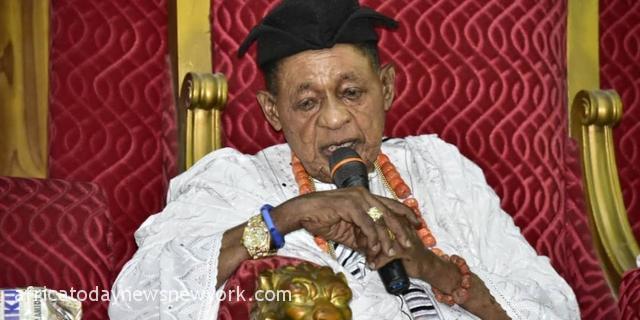 There is a hot tussle in Oyo State as it has been revealed that no fewer than one hundred and nineteen (119) princes from Oyo town have all declared their open interests to ascend the Alaafin of Oyo stool.

Africa Today News, New York had earlier reported that the Alaafin of Oyo stool is currently vacant due to the death of the 45th Alaafin of Oyo, Oba Lamidi Atanda Olayiwola Adeyemi 111.

Read Also: I Bear No Grudge Against You – Alaafin Tells Gov Makinde

Oba Adeyemi, who ascended the throne in 1971, joined his ancestors at the age of 83.

It has also been gathered that at least 119 applicants have declared interest to ascend the throne.

The Baba Iyaji (Head of Princes) of Oyo, Chief Mukaila Afonja made this disclosure.

He said that various things such as educational background, wealth, influence, knowledge of the Yoruba culture and ability to speak Yoruba language without any mixup would be considered while choosing the next Alaafin.

He added that it was now left for the Oyomesi (King makers) to screen the candidates and pick one person as the 46th Alaafin of Oyo.

In another report, one of the wives of the late Alaafin of Oyo Oba Lamidi Adeyemi, Olori Kafayat, has kicked the bucket in the United States of America weeks after his passing.

Olori Kafayat passed away on Friday night. The Director of Media and Publicity at the Alaafin Palace, Mr. Bode Durojaye, confirmed the incident on Saturday morning.

He said, “She died in the United States of America. I will give you the details later.”

Olori Kafayat is the mother of Prince Adebayo Adeyemi, the Chairman of the Oyo State Local Government Pensions Board, popularly known as D’Guv.

The Oyo State Government had also assured the people of Oyo Town that a new Alaafin of Oyo would emerge soon, urging them to be patient.