Baze Uni Shuts Down Due To Terrorism, Issues Directives 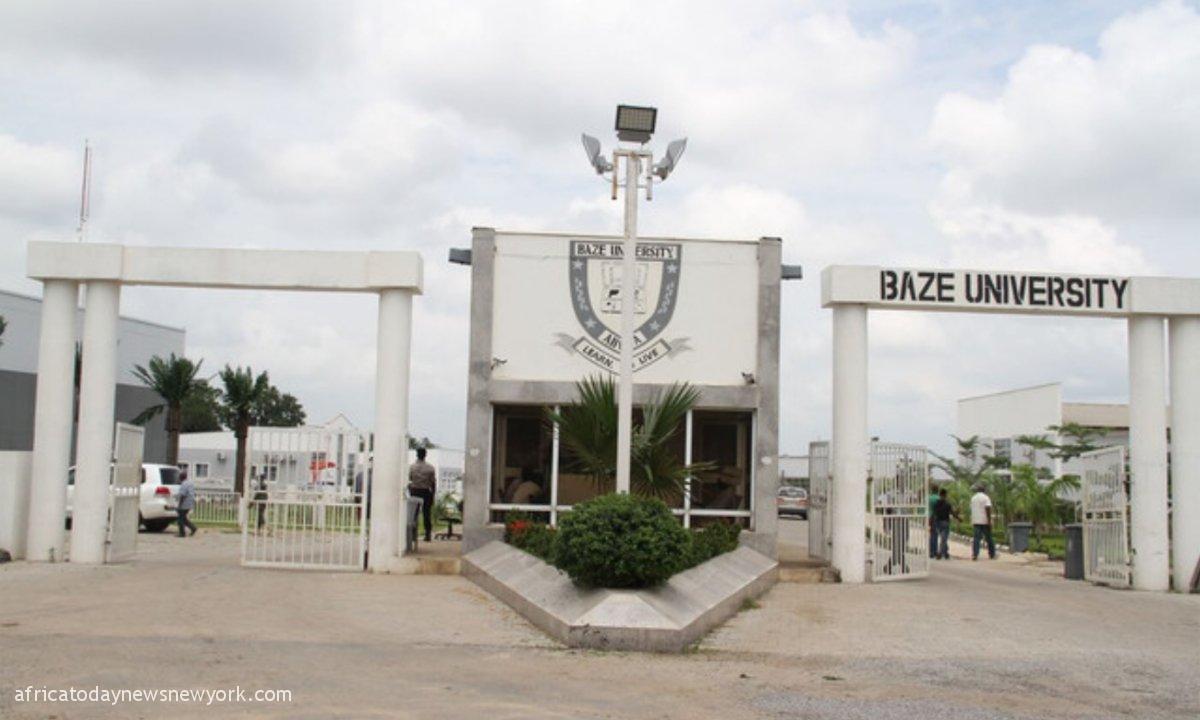 Baze University has finally shut down due to the incessant terrorist attacks in the Federal Capital Territory.

The decision may not be unconnected to the rampant insecurity in the Federal Capital Territory, FCT, Abuja and its environs because it can also be recalled that the Nigeria Security and Civil Defence Corps, NSCDC, had raised the alarm of plans by terrorist groups to attack some states in Nigeria, including the FCT.

The NSCDC had also advised all state commands to protect public places and government facilities across the country.

In a similar development, the Inspector General Police, Alkali Baba Usman, had ordered an additional deployment of assets to strategic areas of the FCT.

This came in the wake of the attack on some officials of the 7 Guards Battalion of the Nigerian Army Presidential Guards Brigade in Bwari Area Council, Abuja.

Following this particular incident, the Ministry of Education ordered the immediate closure of the Federal Government College, Kwali, and all Unity Schools across the FCT over security threats.

And now, the management of Baze University, which is located at 2C44+7CR, Plot 686, Jabi Airport Road Bypass, Cadastral Zone, Abuja, has advised all students to go home.

In a circular on Friday night, the school also directed the students to take their exams online under the guise of heavy road repairs near the school.

The circular, signed by Mani, Ibrahim Ahmad, the University’s Registrar, said, “This is to inform students that the University has concluded a review of the impact of the heavy physical work on access road being undertaken by the Federal Government on the normal academic and administrative activities of the University.

“Given difficulties in access and disruption of activities, the Management has decided to revert to online teaching and conduct of examinations. Students are being advised to return home and resume lectures and examinations online until further notice.

“All students are advised to check their portal and University official e-mail frequently, for information from the University as regards the examination timetable to be released in due course.”

Baze University said it is adequately equipped to carry out its academic activities online, insisting that it was not being closed and would return to physical activities immediately after “the environment improves.”