Turmoil As Iranian And Taliban Forces Engage In Border Clash 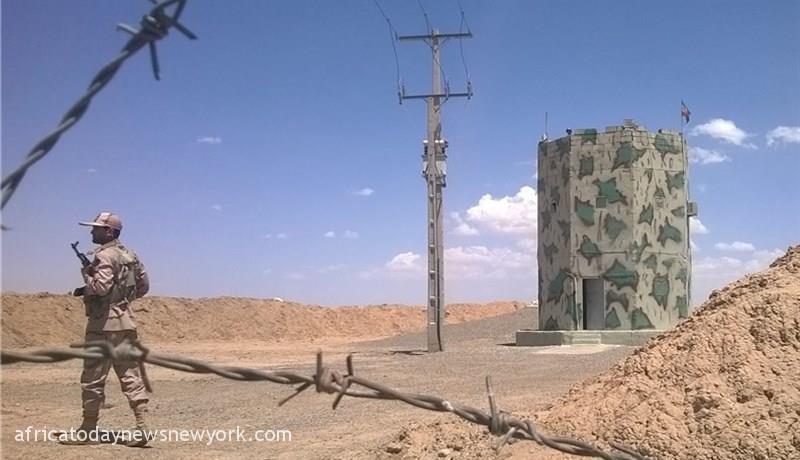 Reports have revealed that Afghanistan’s Taliban forces have clashed with the Iranian border guards on the frontier between the two warring countries.

The Afghan government had also revealed that one its officers had been killed in Sunday’s fighting, which had also occurred in the border area between Afghanistan’s Nimroz province and Iran’s Hirmand region.

Each country blamed the other for the incident.

There have been several clashes at the border since Taliban militants took over Afghanistan a year ago. Iran has not recognised the Taliban government in Kabul. The exact circumstances of the latest skirmish are unclear.

“We have one killed and one wounded,” Nimroz police spokesman Bahram Haqmal told Reuters news agency.

In Iran’s Sistan va Baluchestan province, Hirmand official Maysam Barazandeh was quoted by Fars news agency as saying there had been no casualties on the Iranian side.

Iran’s Tasnim news agency said the fighting broke out after Taliban forces tried to raise their flag “in an area which is not Afghan territory”, leading to an exchange of gunfire lasting “several minutes”.

In another report, the supreme leader of Afghanistan has ordered women in the country to cover their faces in public – one of the harshest restrictions imposed on them since the Taliban seized power last year which has fueled escalation of increasing restrictions on women that is drawing heavy criticisms from the international community and many Afghans.

In a decree issued by Taliban chief Haibatullah Akhunzada that was released by authorities at a function in Kabul on Saturday which was sighted by Africa Today News, New York, it partly said that; ‘They should wear a chadori (head-to-toe burqa) as it is traditional and respectful’.

A spokesman for the Ministry for the Propagation of Virtue and the Prevention of Vice read the decree from Akhunzada at a media conference, saying that a woman’s father or closest male relative would be visited and eventually imprisoned or fired from government jobs if she did not cover her face outside the home.

The spokesman went on to add that the ideal face covering is the burqa, which became a global symbol of the Taliban’s previous hardline rule from 1996 until 2001. Most women in Afghanistan wear a headscarf, but many in urban areas, such as Kabul, do not cover their faces.