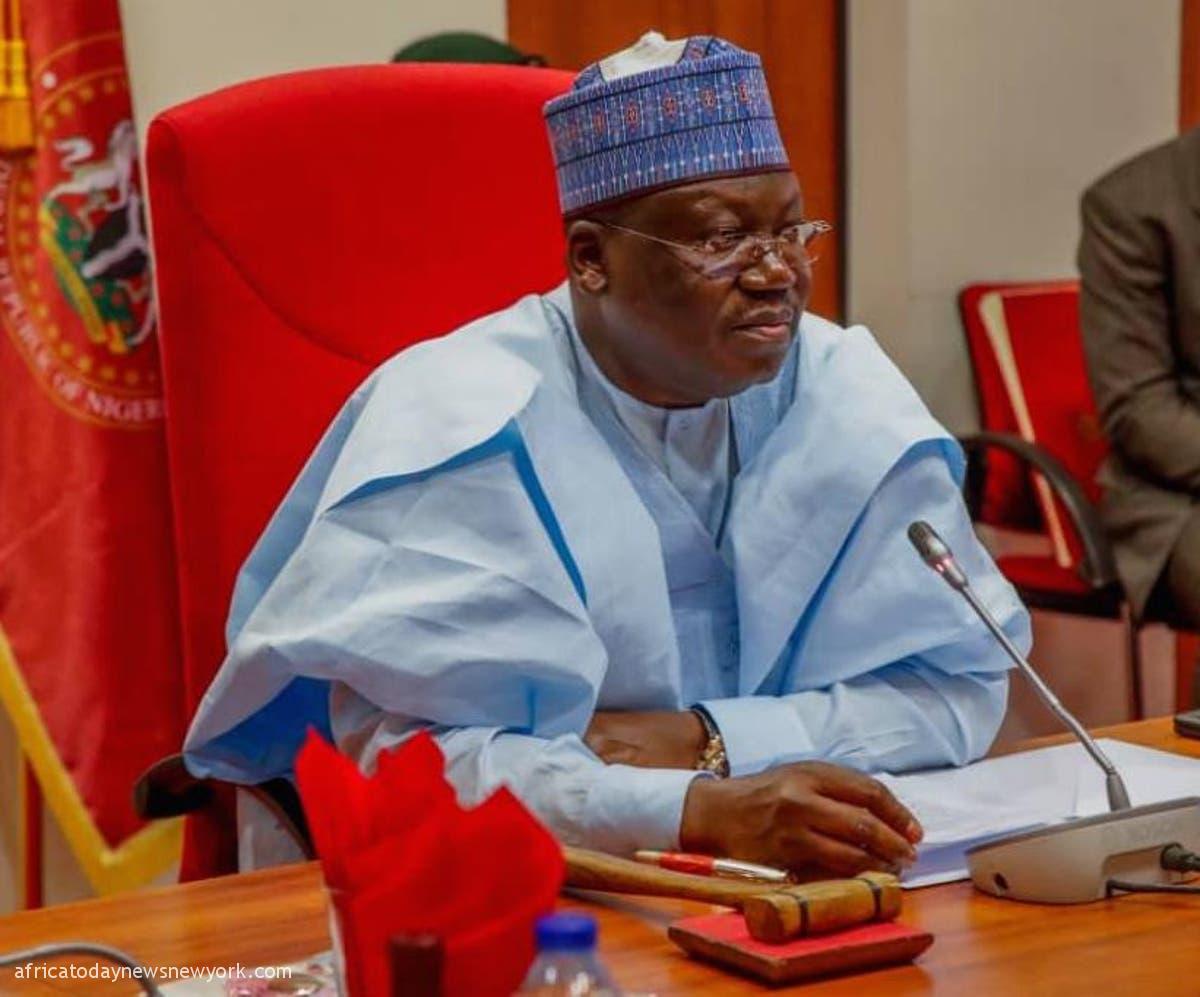 President of the Nigerian Senate, Dr. Ahmad Ibrahim Lawan has denied media reports that he was presently refusing to make public the letters of defection from senators who are desirous of moving from the ruling party to the opposition party.

The report, he said, was false and that the purveyors failed to investigate or seek clarification from the Senators who tendered their letters of defection from the ruling All Progressives Congress, (APC).

In a statement by the Special Adviser (Media), Mr Ola Awoniyi on Sunday, Lawan said, the parliamentary rules do not allow him to deny reading a letter from any Senator on the floor, while he advised newsmen to verify their facts before publishing.

The statement read: ‘We have seen a story on social media and some online newspapers purporting that the President of the Senate, Ahmad Lawan, is sitting on letters from some Senators allegedly intimating him of their defections from the All Progressives Congress (APC).

Read Also: ‘I’m Not Sitting On Any Letters Of Defection’ – Lawan Clarifies

It went on to add that; ‘The story insinuated that Lawan is sitting on the purported letters to protect his position as the President of the Senate.

‘We hereby state categorically that the story is an utter falsehood as there is no such letter before the Senate President.

‘The report mentioned only Senator Adamu Bulkachuwa as one of the affected Senators.

‘Obviously, the purveyors of the syndicated lies had not even bothered to confirm from the Distinguished Senator if and when he submitted any such letter to the Senate President.

‘It is public knowledge that the Senate President has always promptly read out at plenaries letters by Senators defecting from one party to another.

‘That is why he has continued to enjoy the confidence and full cooperation of his fellow Distinguished Senators irrespective of party affiliations.

‘Apparently, some vested interests want to magnify challenges to sow seeds of discord in Parliament in promotion of their selfish agenda.

‘We wish to reiterate that the Senate President is not withholding or sitting on any letter of whatever content from any of his Distinguished Senator colleagues.

‘Therefore, any story purporting such exists only in the imagination of the mischief-makers circulating it.’

Africa Today News, New York recalls that there were threat by opposition Senators to commence impeachment proceedings against the President in the week that just ended.