Why We Visited Wike In Porthacourt – Babachir, Dogara 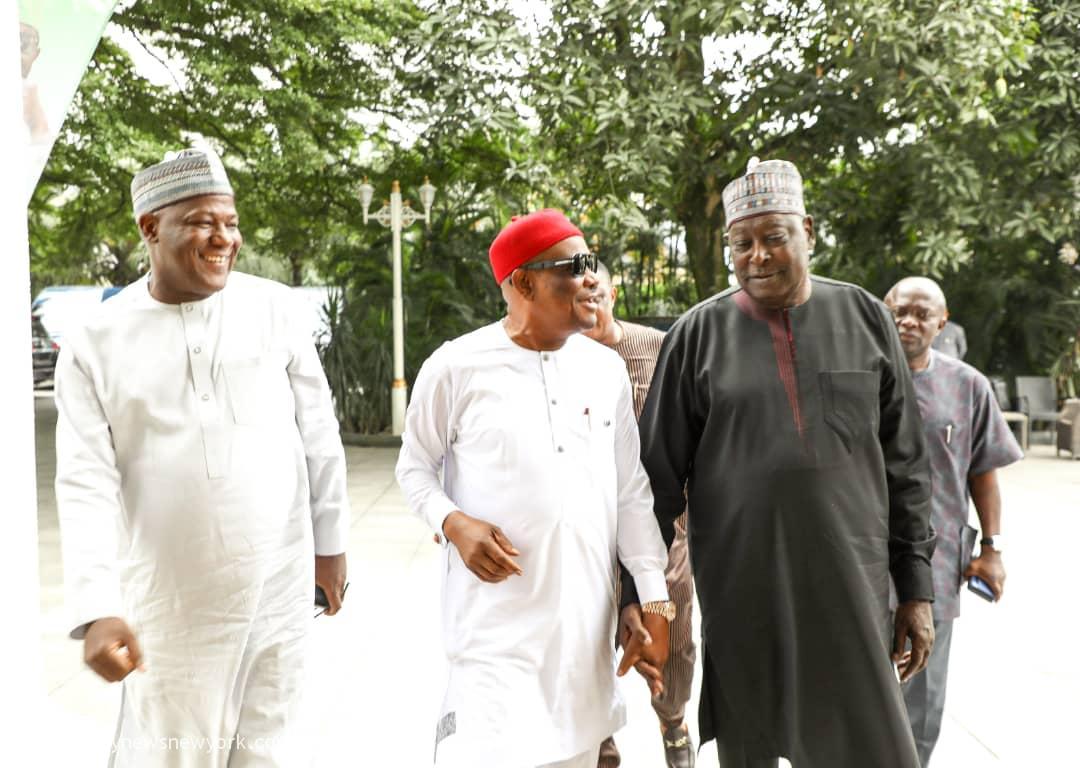 The former Secretary to the Government of the Federation, Babachir Lawal, and the ex-Speaker, House of Representatives, Yakubu Dogara, have opened up on the reason for their visit to the Rivers State Governor, Nyesom Wike insisting that it was not in any way political.

On Saturday, Babachir and Dogara held a closed-door meeting with the governor at his private residence in Rumueprikom, Obio-Akpor Local Government Area of Rivers State.

In an interview with reporters on Saturday, Babachir said they (including Dogara) were free to visit anybody, adding that those with any wrong impression about the visit should know that he worked with the governors while he served as the SGF.

‘We are free to visit anyone in the country. Those insinuating anything should know that I was the Secretary to the Government of the Federation and I worked with all the governors.

‘So, we are free to visit anyone. Everything is not political and those insinuating anything outside this are free to continue,’ Babachir stressed.

Speaking with journalists earlier in Port Harcourt, Babachir said their mission was a brotherly visit to the governor.

He said, ‘We came to visit our brother. He (Wike) is our brother. So, every now and then, the Bible enjoins you to visit one another. That is what we just did.’

Babachir went on to add that the interaction with the state governor had nothing to do with the meeting some northern leaders held in Abuja on Friday.

‘No, there are many reasons in the world for which you need to visit a brother. So, the visit has nothing to do with our meeting in Abuja,’ he explained.

Also, Dogara hinged their visit on the quest and search to build an all-inclusive Nigeria.

‘Everyone agrees with us that Wike is one of those indispensable political leaders. For us, it is a search to build an all-inclusive Nigeria.

‘So, we feel that as part of the agenda setting, we should meet with him, which is why we are here. For the rest, whatever it is, maybe in the future, we can discuss that,’ he stated.

Meanwhile, the Deputy Publicity Secretary of the All Progressives Congress in Rivers State, Darlington Uwauju, has said the party was not bothered with the frequent visit of prominent politicians to Wike.

This was as Uwauju said Wike had turned his private residence into a Mecca of sorts where people come for weekly come photo session.