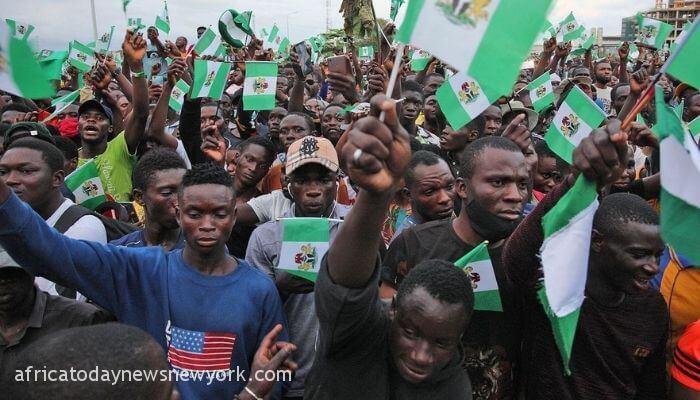 In lieu of the recent massive increase in the pump price of petrol and the sharp slump in the exchange rate of the United States Dollar to the Naira, some Nigerian citizens have appealed to the federal and state governments, as well as private organisations to increase their salaries to further make up for the inflation.

Some individuals who had spoken with Newsmen on Saturday in Osogbo had also added that with the increase in the fuel price and the Naira depreciating, the cost of goods and services and transportation in the country have skyrocketed.

Adenike Aderemi, who identified as a civil servant with the Osun State Water Corporation stated that with the announcement earlier in the week of the exchange rate, cost of items in the market have doubled. She added that as a house wife, she knew her family budget had increased, but salary remained the same.

”I know that out family budget would have to change again. Whatever my husband and I were bringing to the table before now, would have to increase again.

”This may cause some slight tension, but we will smoothen it out as time goes on.

“It is a serious challenge and how to overcome it is something I don’t know, but we must overcome it,” she said.

Akinwale Ola, on his own part, stated that his salaries at the end of the month was still manageable but with the economic downturn that had befallen the country, the future was bleak.

Elizabeth Akindoyin told  Newsmen that she has resorted to the use of public transport from home to work because she had to cut down on some of her expenses.

She revealed that she was now thinking of sourcing for alternative means of fuel to cook foods for her family.

“Now, in my family, we are now thinking of using firewood or charcoal to cook our food.

“Go to the market and do your survey. The amount we spent to buy one Congo of Rice in January is not the same today and you know that too.

“Before the current increase in prices, the salaries of many of us could not even sustain us to the next salary day. Some of us spend our salaries on repayment of debt,” he said.

Kayode Ajagbe, who called on the government to increase salaries, disclosed that the money that would be added to the salaries should be worth the increase.

While noting that the development was discouraging and had started to affect families that were struggling to live beyond average, he added that only divine intervention would bring the desired change.

“What this means now is that families living a little bit above average are now living below it. Poverty has again increased as this crash of the Naira would affect many homes.

“The increase in fuel prices would automatically translate to increase in prices of foodstuff, which is also as a result of hike in transport fare,” he lamented.

Earlier in the week, the Naira crashed to N710 to the Dollar and in some States, the prices of petrol per litre has increased.

A visit to markets showed that traders have increased the prices of foodstuffs and other goods.