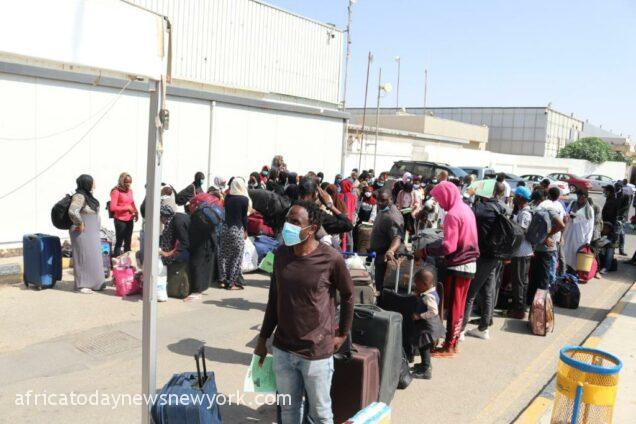 The National Emergency Management Agency (NEMA) has on Saturday announced that it has received another batch of 140 Nigerians who have been stranded from the Agadas, Niger Republic.

Dr Nuradeen Abdullahi who is the NEMA Coordinator, Kano Territorial Office had also confirmed this while receiving the returnees in Kano.

According to him, the returnees were brought back to Kano at about 9.38 p.m in three luxury buses under the care of the International Organisation for Migration (IOM) from Agadas. Abdullahi had also noted that the returnees were brought back through a voluntary repatriation programme for the distressed who had left the country to seek greener pastures in various European countries and could not afford to return when their journey became frustrated.

“The returnees are from different parts of the country, some from Kano, Kaduna, Katsina, Jos, Lagos and Cross River, among other states.”

The coordinator further explained that the returnees would be trained for four days to be self-reliant and be given a grant to start off businesses.

The returnees were given clothes, food, toiletries, blankets, mosquito nets, pampers and sanitary pad each

He enjoined the returnees to be ambassadors towards advocacy and sensitisation against irregular migration.

“Nigerians should avoid endangering their lives by travelling to seek for greener pastures in other countries as no country is better than Nigeria,” Abdullahi said.

A returnee, Madam Aisha Lawal, from Kaduna State, a divorcee and mother of five, said she travelled to Libya for greener pasture with one of her kids.

“I was a business woman before I left my husband, we are suffering and i have no capital to continue with my business that was why I decided to travel to Libya,” she said.

Another returnee, Mr Richard Odogwu from Lagos State, said before he travelled he was working in a company.

“I was sacked from the company I work to make little money in taking care of my six siblings.

“My parents are dead and I have to take care of my siblings that was why i decided to travel to Libya to search for greener pasture,” said Odogwu.