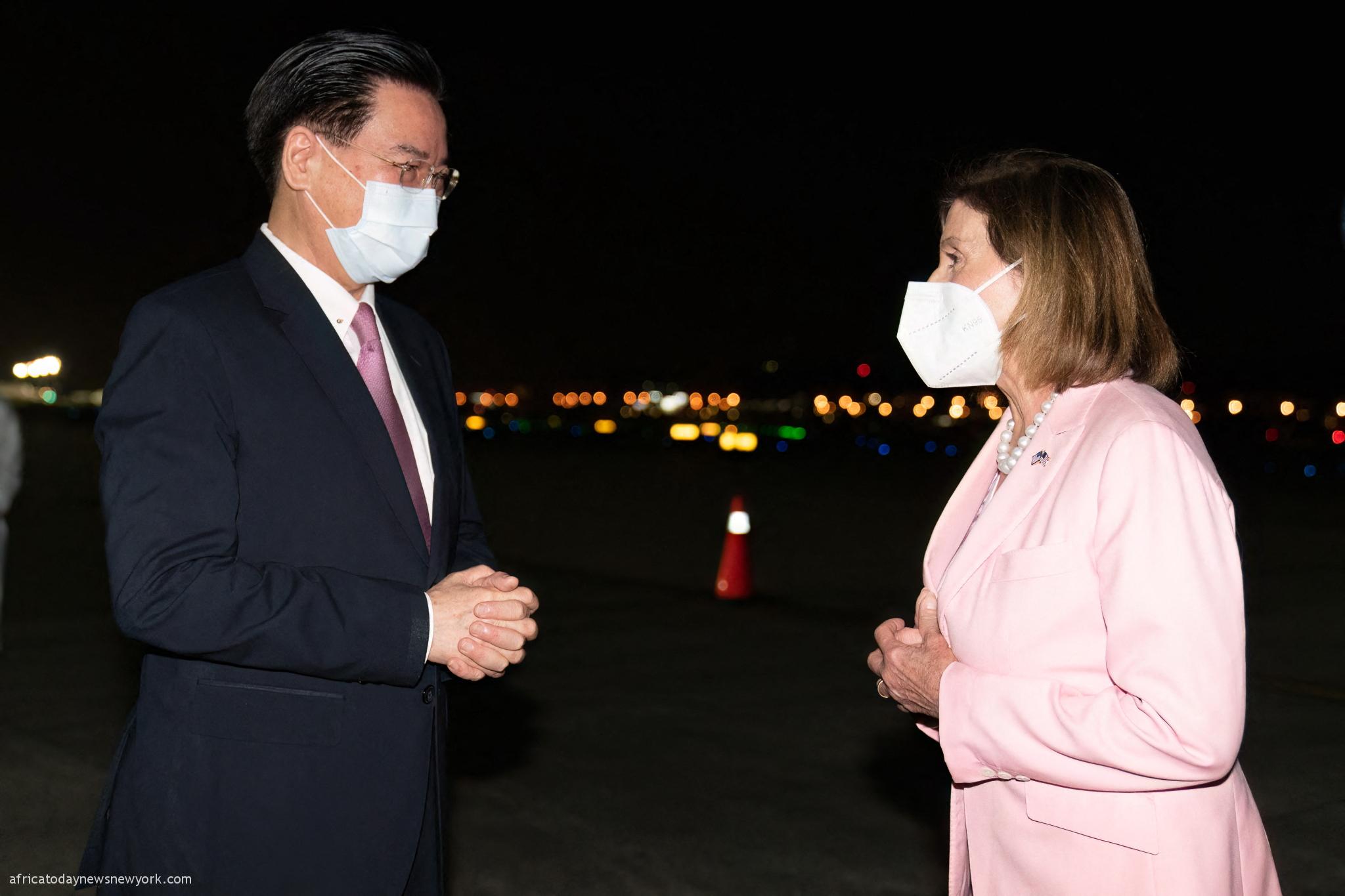 ‘The move is extremely egregious in nature and the consequences are extremely serious,’ Xie was quoted as saying by China’s state news agency Xinhua. ‘China will not sit idly by.’

The trip by Pelosi which happened on Tuesday the highest-profile elected US official to visit Taiwan in 25 years, sent tensions soaring between the world’s two largest economies, with Beijing regarding it as a major provocation.

Xie said the United States ‘shall pay the price for its own mistakes” and urged Washington to “immediately address its wrongdoings, take practical measures to undo the adverse effects caused by Pelosi’s visit to Taiwan’, Xinhua reported.

While the Biden administration is understood to be opposed to Pelosi’s Taiwan stop, White House National Security Council spokesman John Kirby said in Washington she was entitled to go where she pleased.

China’s military said it was on “high alert” and would “launch a series of targeted military actions in response” to the visit. It announced plans for a series of military exercises in waters around the island to begin on Wednesday.

And Taiwan’s defence ministry said more than 21 Chinese military aircraft had flown on Tuesday into the island’s air defence identification zone — an area wider than its territorial airspace that overlaps with part of China’s own air defence zone.

‘Taiwan is China’s Taiwan, and Taiwan will eventually return to the embrace of the motherland. Chinese people are not afraid of ghosts, pressure and the evil,’ Xie told Burns, according to Xinhua.