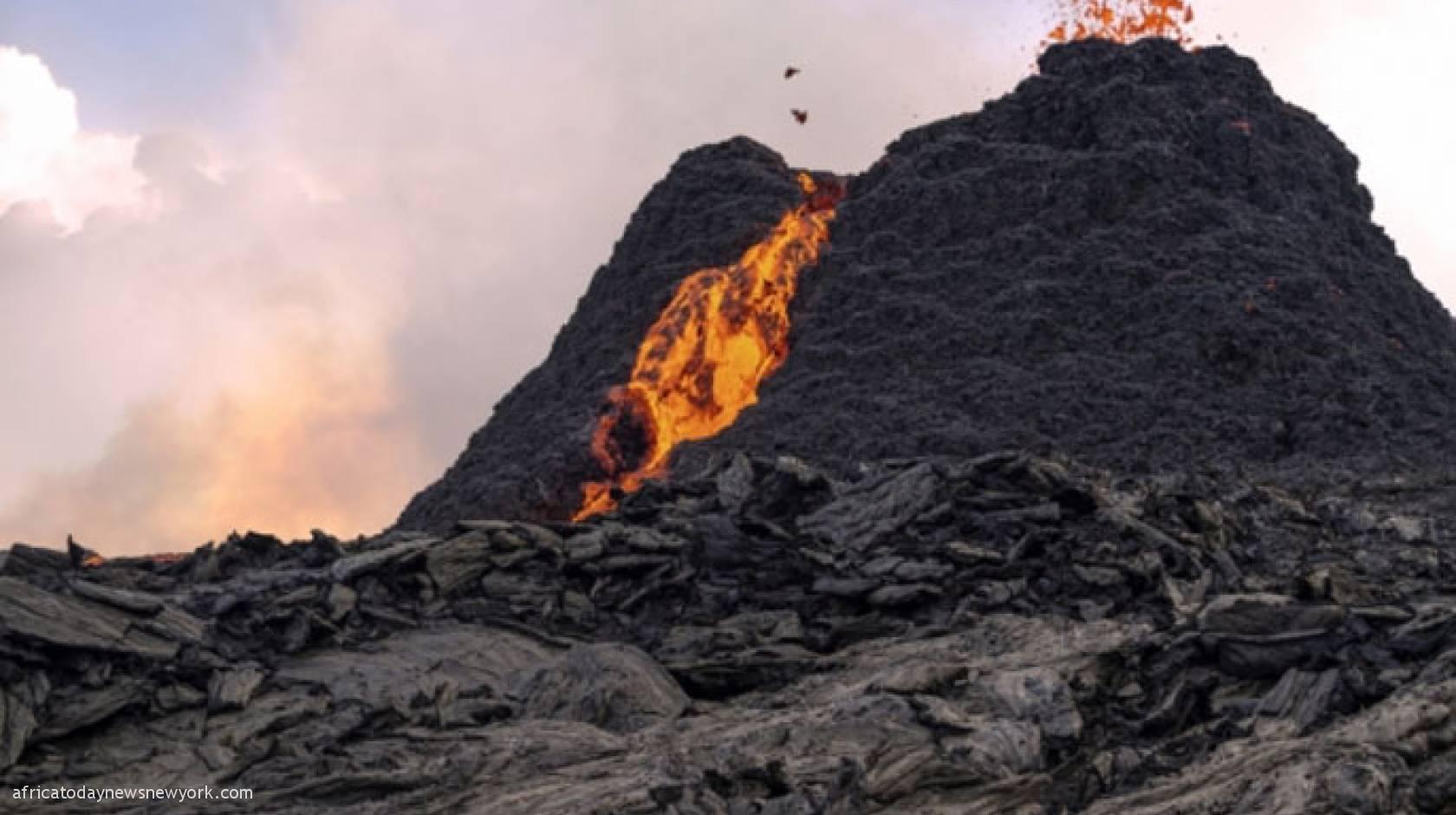 Fresh reports hitting the desk of Africa Today News, New York has revealed that a volcano has erupted in Iceland near the country’s capital, Reykjavik on Wednesday.

This had been reported by the Icelandic Meteorological Office (IMO) and it had been revealed that some live images on local media showed lava spewing out of a fissure in the ground.

Read Also: Panic As Volcano Erupts In The Philippines

The eruption had also come some 40 kilometres (25 miles) from Reykjavik, near the site of the Mount Fagradalsfjall volcano that erupted for six months in March-September 2021, mesmerising tourists and spectators who flocked to the scene.

“Eruption has started near Fagradalsfjall. Exact location has yet to be confirmed,” the IMO, which monitors seismic activity, wrote on Twitter.

It later said the eruption started in the valley of “Meradalir, about 1.5 km north of Stora Hrut”.

While there was no ash plume, the IMO said it was “possible that pollution can be detected due to the gas release”.

Mount Fagradalsfjall belongs to the Krysuvik volcanic system on the Reykjanes peninsula in southwestern Iceland. Iceland has 32 volcanic systems currently considered active, the highest number in Europe. The country has had an eruption every five years on average.

The vast island near the Arctic Circle straddles the Mid-Atlantic Ridge, a crack on the ocean floor separating the Eurasian and North American tectonic plates.

The shifting of these plates is in part responsible for Iceland’s intense volcanic activity.

In another report, a volcano in the eastern Philippines spewed a huge, dark cloud early Monday morning, prompting evacuations from ash-covered towns as authorities immediately warned of possible further eruptions.

Africa Today News, New York gathered that the blast from Bulusan volcano in the rural Sorsogon province lasted for a total of about 17 minutes, sending a grey plume shooting up at least one kilometre (0.6 miles), according to the Philippine Institute of Volcanology and Seismology.

In response, authorities raised the alert to one on the 5-level system, indicating “low-level unrest”.