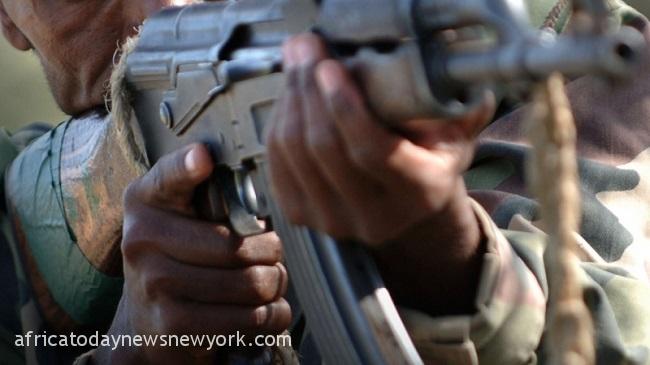 Tragedy struck in the late hours of Wednesday when some yet to be identified Gunmen who have been suspected to be bandits have killed Daniel Yatai who is the father of Philip Yatai, a correspondent of the News Agency of Nigeria (NAN), and abducted his niece, Brenda.

The incident had taken in Manchok, Kaduna State, has thrown the community into mourning.

The father of the NAN correspondent, aged 86, retired from the Nigeria Railway Corporation in 1991.

Ms Christiana Yatai, daughter of the victim, in whose presence her father was killed, said that the abductors came to the house at about 11:15 pm on Tuesday night.

According to her, they were five in the house; “myself, my dad, my mum, two of my niece and a nephew. They asked us to open the door and when we refused, they broke the main entrance and gained access to the house.”

She said her father was in his room and one of them wearing a mask, who was outside, shot him through the window and the bullet hit him from the back.

According to her, those who entered the house later went to his room and finished him up.

“They went away with one of my nieces, Ms Brenda Friday, 21, a final year student of Kaduna State College of Education, Gidan Waya,” she narrated.

Another child of the deceased, Joseph Yatai, said the gunmen had contacted the family and demanded ₦15 million to release the girl.

In another report, some yet-to-be-identified gunmen suspected to be bandits on Sunday killed Udeng Ibrahim Yamusa who is the traditional ruler of Yukuben chiefdom in Takum Local Government Area of Taraba State.

Africa Today News, New York gathered from eyewitnesses that the bandits also killed his driver who happens to also be ones of his sons.

Before killing the duo, the gunmen had kidnapped the traditional ruler and his son on Thursday in an ambush while returning home from Takum, the headquarters of Takum LGA

Confirming the incident to reporters, his first son who is also his secretary, Pastor John Ibrahim, disclosed that the victims were gruesomely murdered while on their way back to the chiefdom.