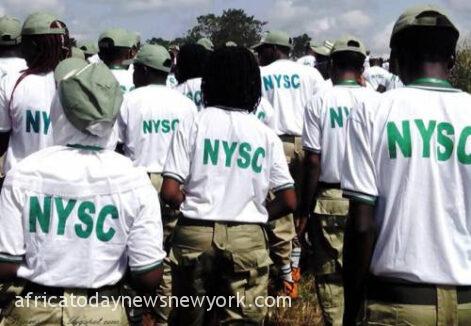 Brigadier General Muhammad Kaku Fadah who is the Director General of National Youths Service Corps, (NYSC) has commiserated with the family of late Corps member Alago Immaculate Chiwendu BY/22A/0495 who had given up the ghost recently in Bayelsa State.

The deceased who is an indigene of Umudim Ngodo Isuochi, Umunneochie Local Government Area of Abia State had been serving in Bayelsa.

A statement signed by Eddy Megwa, Director, Press and Public Relations, said Fadah urged the deceased’s family to take solace in God. He added that immaculate died when her services were needed as part of her contributions to national development.

“Kindly accept our condolences on behalf of the NYSC family”, Fadah said.

While giving a vote of thanks on behalf of the family, the immediate elder brother of the deceased, Alago Chidera thanked General Fadah for his love and also for standing by the family in their moment of grief.

In another report, following the recent heightened insecurity across the country, the National Youth Service Corps (NYSC) has cried out to the Nigerian Army to enable some more deployments of additional personnel to NYSC Orientation Camps in the country.
The Chairman, NYSC National Governing Board, Amb. Fatima Abubakar had also made the call when the board paid a courtesy call on the Chief of Army Staff, Lt.-Gen. Faruk Yahaya on Wednesday in Abuja.

Abubakar said the call became necessary because of the prevailing security situation in the country as well as many areas that required the attention of the Nigerian Army.

“However, we have come to you for more support, bearing in mind that the NYSC is the baby of the Nigerian Army.

“As you are aware, the NYSC has orientation camps which house a minimum of 1,500 Corps members in all the states of the federation, and given the incidences of insecurity in the country, we are concerned about the safety of the young men and women under our care.

“We, therefore, plead for additional personnel in all our orientation camps across the country. We will really appreciate your kind assistance in this regard, sir,” she said.