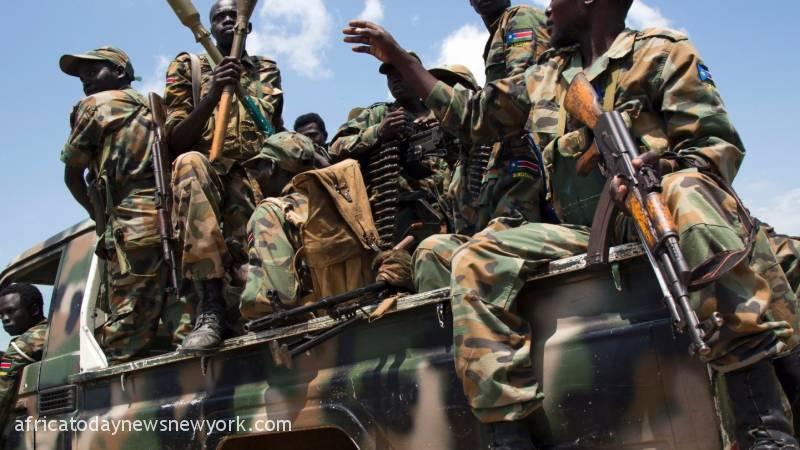 No fewer than five Sudanese security forces were on Friday killed in an ambush by an ‘outlawed’ armed group in the restive Darfur region, police have confirmed in a statement.

‘A joint security force comprising the armed forces, police and the Rapid Support Forces came under treacherous attack yesterday evening by an outlawed group in Central Darfur state,’ the statement said, without identifying the group.

The attack ‘left five security forces killed including a police lieutenant’, it disclosed, adding that an unspecified number of others were wounded.

If any of the attackers were hurt, it wasn’t immediately apparent.

Since a military takeover in October of last year, led by army chief Abdel Fattah al-Burhan, Sudan has been suffering from escalating turmoil.

A fragile transition that had been in place after the ousting of longstanding president Omar al-Bashir in 2019 was interrupted by the action, which removed important civilian groups from positions of authority.

The power grab exacerbated political and economic turmoil in the country, and the security situation has also deteriorated, with a spike in ethnic clashes in Sudan’s far-flung regions.

Last month, Burhan pledged to step aside and make way for civilian groups to form a new government, but the main civilian bloc dismissed the move as a “ruse”.

In June, more than 125 people were killed in clashes between Arab and non-Arab groups in West Darfur state, according to the United Nations.

Khartoum then unleashed the Janjaweed, mainly recruited from Arab pastoralist tribes, who were blamed for atrocities including murder, rape, looting and burning villages.

The scorched-earth campaign left 300,000 people dead and displaced 2.5 million, according to the United Nations.

Many Janjaweed have since been integrated into the feared paramilitary Rapid Support Forces, commanded by General Mohamed Hamdan Daglo, now de facto deputy leader of Sudan, according to rights groups.

Africa Today News, New York recalls that in 2020, Sudan signed a peace deal with key rebel groups including from Darfur.

The main conflict has subsided over the years, but the region remains awash with weapons and deadly clashes often erupt over access to pasture or water.

On Monday, Daglo said the October coup had failed to bring about change in Sudan.