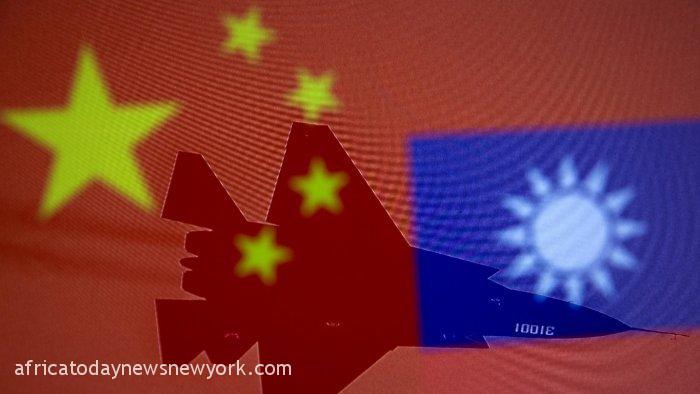 The Government of China has on Wednesday reiterated their earlier vows about zero tolerance for all the “separatist activities” in Taiwan and they had also reaffirmed that they would definitely be taking the self-ruled island by force if it comes down to it.

The warning had been coming from Beijing, which has openly considered Taiwan as its territory, it is also coming after days of unprecedented Chinese military drills which had occurred around the island sparked by a trip there by US House Speaker Nancy Pelosi.

Read Also: China Ends Its Collaboration With The US Over Taiwan Dispute

Pelosi stood by her visit, saying she was “very proud” of her delegation and believed China had used her visit as a “pretext” to launch its military exercises.

“We will not allow China to isolate Taiwan,” Pelosi told reporters in Washington.

Pelosi last week became the highest-ranking US official to visit Taiwan in decades despite stark threats from China, which tries to keep Taipei isolated on the world stage.

China’s Taiwan Affairs Office on Wednesday issued a white paper laying out how it intends to claim the island through a range of economic incentives and military pressure.

“We are ready to create vast space for peaceful reunification, but we will leave no room for separatist activities in any form,” said the paper.

China will “not renounce the use of force, and we reserve the option of taking all necessary measures”.

It added, however: “We will only be forced to take drastic measures to respond to the provocation of separatist elements or external forces should they ever cross our red lines.”

China last issued a white paper on Taiwan in 2000.

Taiwan’s Mainland Affairs Council, the island’s top policymaking body on China, rejected the paper and said the document “is full of… lies”.

“Taiwan maintains that ‘neither side belongs to the other’, and firmly refuses ‘one country, two systems’ — this is the current status of the Taiwan Strait and the reality,” it said in a statement.

“One country, two systems” refers to the model under which Hong Kong and Macau were promised a degree of autonomy under Chinese rule. It has been proposed by Beijing as a solution for Taiwan.

The release of the white paper came on the same day that a top Taiwan opposition politician flew to China for meetings with Taiwanese businesspeople, prompting condemnation from Taipei which had called on him to cancel the trip.