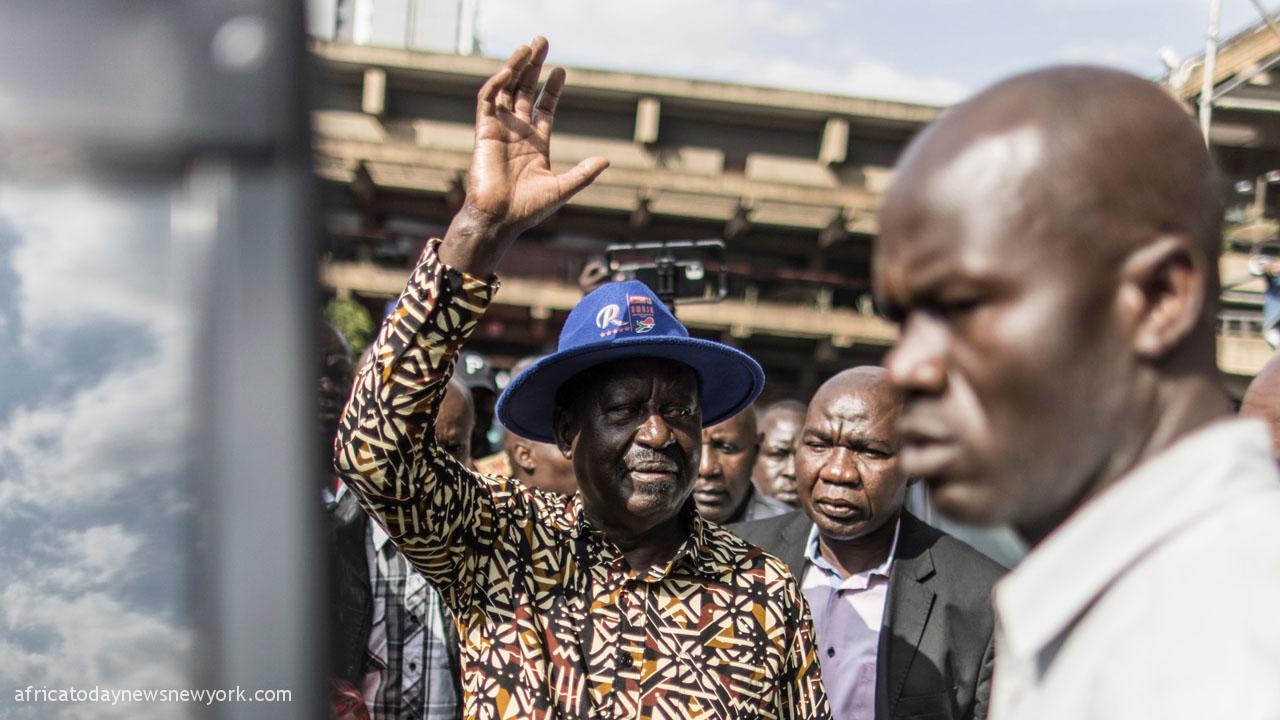 President Raila Odinga who is Kenya’s defeated presidential candidate has made some open vows on Tuesday to pursue “all constitutional and legal options” after rejecting and ousting the outcome of elections that had awarded victory to his rival William Ruto.

While echoing the minds of numerous oppositions, the 77-year-old veteran Statesmen had also branded the result of the August 9 race as a “travesty” but stopped short of openly announcing that he would mount a challenge at the Supreme Court.

Read Also: Violent Protests Breaks Out In Parts Of Kenya Over Election

“What we saw yesterday (Monday) was a travesty and a blatant disregard of the consitution and the laws of Kenya,” he told a press conference in Nairobi, blaming the head of the commission that oversaw the poll.

“I do not want to fully address our strategies going forward but… we will be pursuing all constitutional and legal options available to us.”

Odinga narrowly lost his fifth bid for the top job to Deputy President Ruto, who was proclaimed president-elect Monday after a nail-biting wait for results.

His supporters had cried foul over the outcome, which also triggered divisions in the Independent Electoral and Boundaries Commission (IEBC), which issued the results.

Violent protests nevertheless erupted in Odinga’s strongholds in Nairobi slums and the lakeside city of Kisumu on Monday evening, although the situation was calm Tuesday.

Odinga on Tuesday commended his supporters “for remaining calm and keeping the peace”.

“Let no-one take the law into their own hands,” he said.

Weary Kenyans, already struggling with a severe cost of living crisis, say they just want to get on with their lives.

“I don’t think we need to protest. We need to fend for our families. Protests are expensive. It can even cost you your life,” said Bernard Isedia, a 32-year-old taxi driver and father of two who voted for Odinga.

“Life has to return to normal,” he told AFP.

“Raila Odinga should come out and tell people to calm down. His word alone will calm this country down.”

Ruto, the 55-old deputy president who was banished to the sidelines after Kenyatta’s pact with Odinga, was conciliatory in his victory speech Monday.

“I will work with all leaders in Kenya so that we can fashion a country that leaves nobody behind,” Ruto said, pledging to run a “transparent, democratic, open government”.

“There is no room for vengeance.”