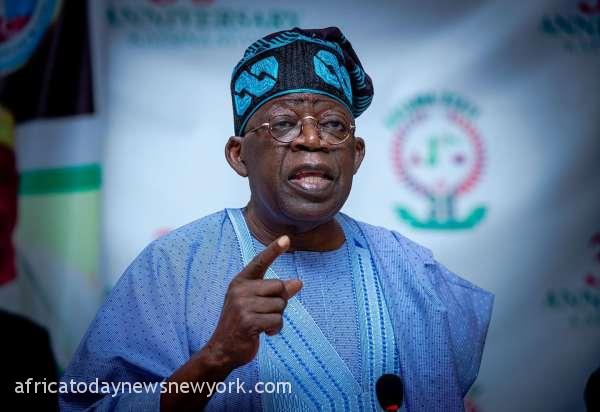 Asiwaju Bola Tinubu who is the presidential candidate of the All Progressives Congress (APC), has come out to openly congratulate the Kenyan Deputy President, William Ruto for coming out to emerge as the winner of the presidential election which he had contested under the United Democratic Alliance (UDA).

The Kenyan electoral body, Independent Electoral and Boundaries Commission (IEBC) chairman, Wafuka Chebukati had also declared Ruto as the president-elect on Monday after having garnered 50.5% votes against Raila Odinga who had scored 48.8% votes.

Bola Tinubu while congratulating Ruto and his political party, UDA for the victory at the polls had also urged the Kenyan people to embrace the election results and eschew violence. The APC national leader had also advised the East African country to pursue peaceful resolution via its judiciary to resolve differences.

Recall that four IEBC commissioners led by vice chairperson, Juliana Cherera have faulted the declaration of Ruto as the winner of the Kenyan presidential election.

In the statement titled, “Congratulations on successful elections, Kenya’ on his verified Instagram page, the former Lagos governor also said he looks forward to a sustained cordial relationship between Nigeria and Kenya.

Tinubu said, “I congratulate William Ruto and his UDA party on his election as the next president of Kenya.

“I also congratulate and commend the people of Kenya on the peaceful conduct of the elections.

“While urging all Kenyans to accept this result and shun violence, I enjoin them to seek peaceful adjudication of all disputes through the Kenyan legal system.

“This shall be the greatest testament to the progress Kenya has made in strengthening the core institutions of its democracy.

“It is my prayer that as President, Mr. Ruto will unite the country, bringing all Kenyans together to move their great nation forward and implementing the progressive policies and reforms desired by the people.

“I wish Mr. Ruto and all the people of Kenya the very best and look forward to a continued beneficial and cordial relationship between the Federal Republic of Nigeria and the Republic of Kenya.”