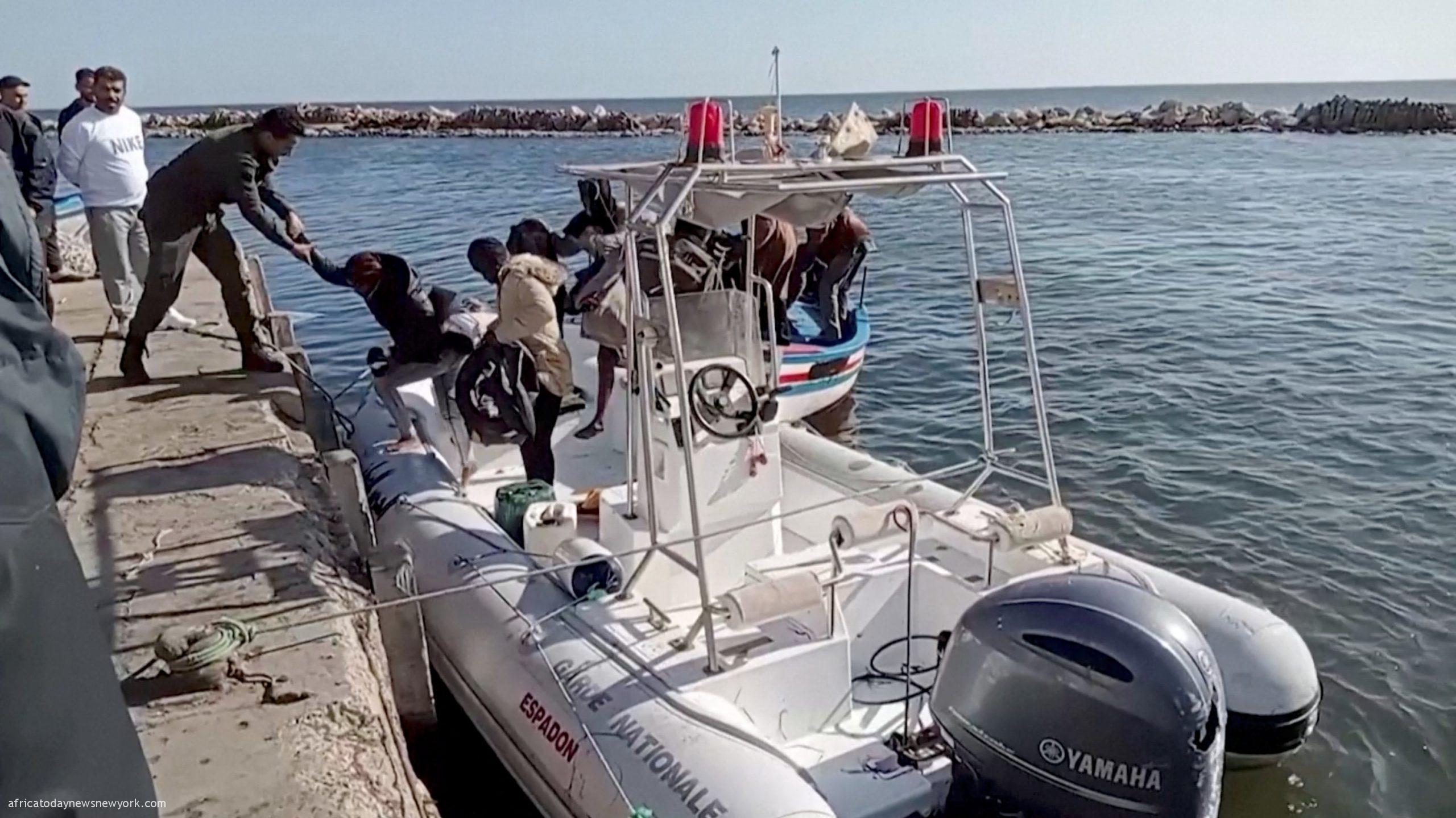 Tunisia on Wednesday declared that it had foiled several attempts by almost 100 migrants to reach Europe via the Mediterranean Sea since the previous day.

Tunisia and Libya has remained the main points of departure for migrants trying to reach Europe from Africa.

It said’preventive operations’ were also carried out near Menzel Temime in the north, Mahdia and Kerkennah on the central coast and Zarzis in the south, leading to 11 arrests.

The National Guard said it had seized ‘a sum of money’ without specifying the amount, and an inflatable boat in these operations.

Africa Today News, New York recalls that on Monday, maritime and military authorities said 657 people were rescued or prevented from trying to cross in 46 separate incidents between Friday and Monday.

The defence ministry told reporters in an interview that 42 Egyptians who had set sail from Libya were rescued Sunday off Kerkennah, after their boat sank and they took refuge on an oil platform.

Tunisia is in the throes of political and economic crises, and Libya has been gripped by lawlessness since 2011 that has seen militias turn to people trafficking.

The two countries are also the gateway for sub-Saharan Africans hoping for a better life by escaping impoverished and strife-torn countries such as Sudan.

The EU’s Frontex border agency says the central Mediterranean route was used by more than 42,500 migrants between January and July, up 44 percent compared with the first seven months of 2021.