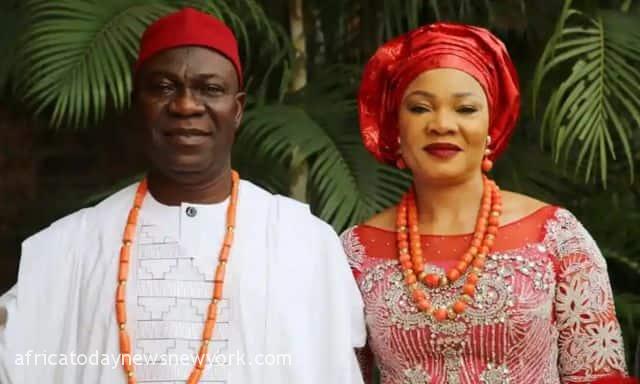 This was made known in an exclusive chat with Channels Television on Tuesday which was monitored by Africa Today News, New York.

Speaking in the chat, the Head of Political Section at the British High Commission in Abuja, Aneesah Islam.

According to the official, the Commission does not comment on ongoing legal matters.

When asked about the possible immunity for Ekweremadu and the probability of a transfer of the case from the Central Criminal Court in the United Kingdom to Nigeria, Islam stated, ‘The British Government and therefore, in this instance, the British High Commission in Abuja do not comment on ongoing legal matters.’

Ekweremadu, 60 has been representing Enugu-West Senatorial District in the National Assembly since 2003. He was deputy Senate president three consecutive times from 2007 through 2019.

The present Senator and member of the opposition Peoples Democratic Party had expressed interest to join the governorship race in his home state in Enugu State and succeed Governor Ifeanyi Ugwuanyi but he later stepped down.

Africa Today News, New York reports that had earlier reported that Ekweremadu and his wife are facing charges bordering on conspiracy to facilitate the travel of David Nwamini to the UK for alleged organ harvesting in contravention of the Modern Slavery Act 2015.

The lawmaker was arrested at the Heathrow Airport from Turkey in June in possession of a diplomatic passport. Ekweremadu was arrested with his wife after Nwamini submitted himself to the police authorities but the court later released Beatrice.

Nwamini had alleged that the Senator and his wife coerced him to donate his organs to their daughter who suffers a kidney-related disease and has been on dialysis.

He had claimed he was 15 but the Nigeria Immigration Service said details on his passport showed the alleged victim is 21 years old, and not a minor. The Westminster Magistrates’ Court subsequently ruled that the Nwamini is not a minor.

Ekweremadu, his wife and a London-based doctor, Obinna Obeta, are facing alleged organ trafficking-related charges before the Central Criminal Court in Central London. The court has scheduled a pre-trial for October 31, 2022 and the main trial for 2023.