EFCC: How We Arrested 2,210 Suspects In Eight Months – Bawa 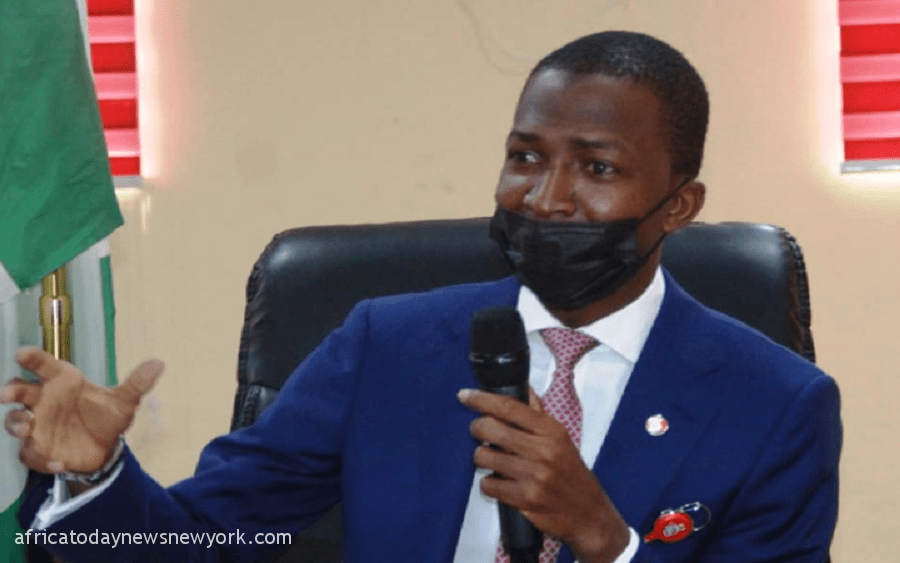 The chairman of Nigeria’s anti-graft agency, the Economic and Financial Crimes Commission, EFCC has disclosed that the number of suspects it has convicted; in total, 2,210 offenders have been imprisoned due to their alleged involvement in economic and financial offenses. This was recorded between January 1, 2022, to August 5, 2022.
Abdulrasheed Bawa, The Executive Chairman of the anti-graft commission related it to the public when he addressed a meeting with journalists tagged, ‘Effective Reporting of Economic and Financial Crimes‘. The meeting was held at the EFCC’s Headquarters, located in Abuja.
About eight months following the EFCC’s announcement that it has amassed 2,220 convictions in total, throughout its Stations in 2021.
According to reports, this has been the highest number of arrests the EFCC has made since its establishment. This has increased by 127.5 percent away from the 1,280 convictions tallied by the commission in 2019.

Addressing the workshop, Bawa said: ‘Some of you will recall that at the end of 2021, the commission announced that it recorded a total of 2220 convictions. I am pleased to inform you that we are poised to improve on that figure as the record of convictions as of August 5, 2022, was 2210.’
‘However, one achievement which most of you may not easily recognize is the impact which EFCC’s intervention in the Forex market has had on the value of the Naira. From well over N710 to the Dollar, following the Commission’s intervention, the Naira has appreciated significantly against the Dollar in the Parallel market, and we are not relenting in our efforts to check harmful speculative activities in the sector.’
‘I urge you to also beam your searchlights on this area as it is in our collective interest to have a national currency whose value is not subject to the whims of crooked speculators. The decision of the Commission to sponsor this workshop underscores the importance that it attaches to the role of the media in the fight against economic and financial crimes, including corruption.’
Considering the increasing rate of financial crimes in the country, the EFCC have done a commendable job. With the tough economic situation in the country, the people are tempted to go into crimes, or the greed to reap from where they didn’t sow, young people have ventured into Cybercrimes commonly called ‘Yahoo Yahoo’. The EFCC has cautioned people to desist from financial crimes and do well to earn legitimately.