Ogun Guber: I Will Fight Till I Recover My Mandate – Showunmi 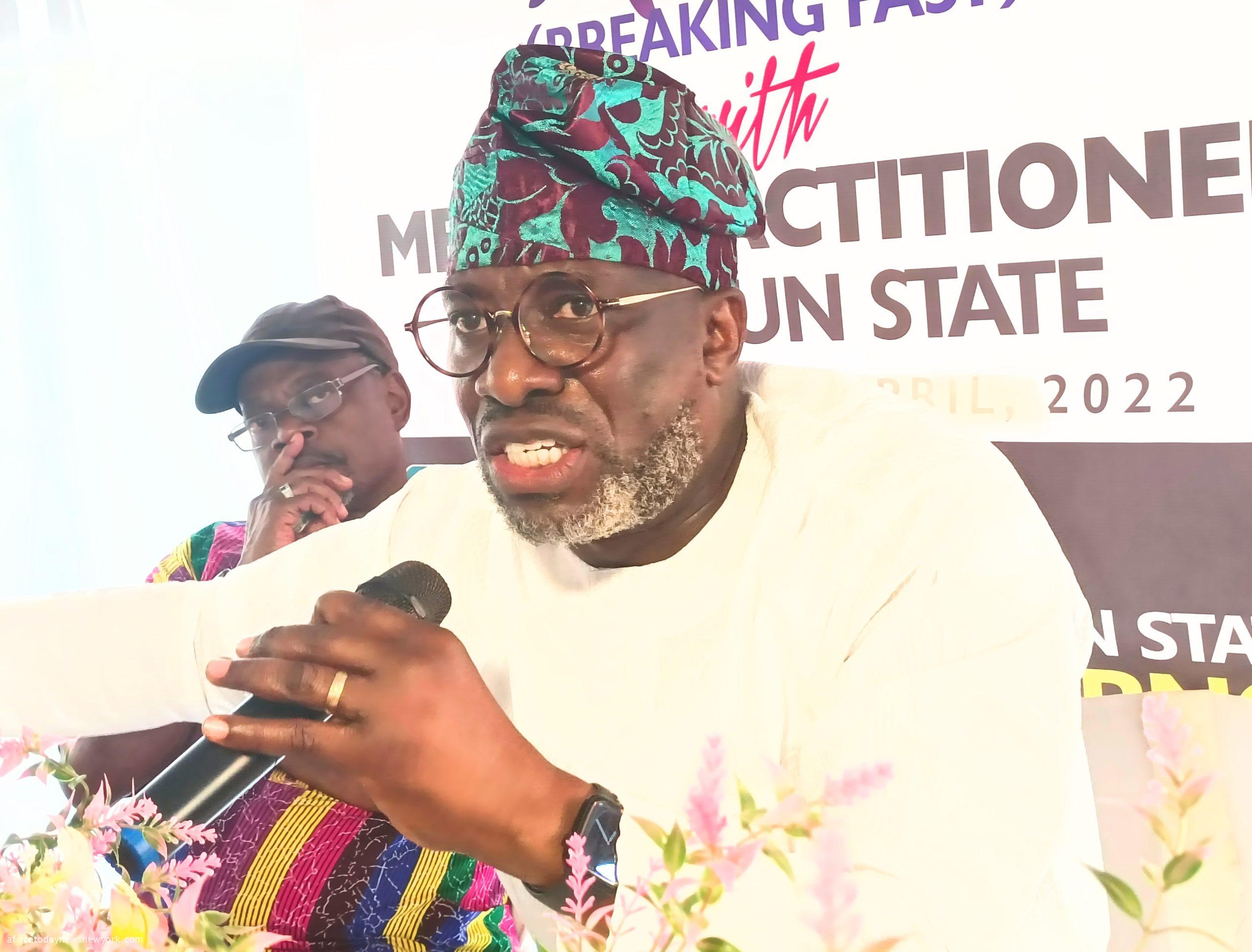 Otunba Showunmi who is an Ex-governorship aspirant on the platform of the Peoples Democratic Party (PDP) has pledged to continue fighting until the very end for its gubernatorial ticket even as the crisis the Ogun State chapter of the Peoples Democratic Party has continued.
The hopes to emerge victory at the end of the struggle. He has presented the case to the Court; stepping out victorious in the first case presented to the Court of Appeal, he is positive about his emergence as the legitimate gubernatorial candidate of the Peoples Democratic Party, PDP in the coming weeks.
Speaking at a Press Conference in Abuja, Showunmi spoke about the ruling of The Court Of Appeal, stating that it was essential to address concerns, Considering the influx of calls and the intense curiosity of the general public in the subject.
Showunm, who earlier served as Atiku Abubakar’s spokesperson during the 2019 Presidential elections noted that he is astonished by the sheer number of Nigerians who showed interest in the case.
He noted that Nigeria ought to have moved past the point where imposing candidates would be the norm in order for democracy to remain solid.

Read Also: PDP Crisis: I Will Not Resign As Chairman – Ayu Insists

The Court of Appeal in a judgement delivered by Justice Chidi Nwaoma Uwa, had on Monday, found Showunmi’s appeal meritorious, with regard to two of the issues he raised in the suit against the PDP and two others.
On Monday, Showunmi’s appeal was deemed acceptable by the Court of Appeal with relation to two of the points he brought in the lawsuit against the PDP and two others, according to a ruling by Justice Chidi Nwaoma Uwa.
In response to the rulings, Showunmi said, ‘I went through the right channels right from the beginning even before the primary election to draw the party’s attention to the anomaly going on in Ogun State. I want to put it on record that no one can intimidate me into conceding defeat where I am a winner. I will fight this battle to the end and will be on the ballot.’
‘No individual has a monopoly of wealth. Where is even the wealth? We must run on ideas. I have a network of family and friends that can easily and comfortably prosecute a governorship election,’ he stated.
‘When the party declared open the sale of forms, it meant anybody who wanted to contest for any position including the presidency, should start buying form. My colleague, Hon Ladi Adebutu, purchased his form on the very first day.’
‘Ironically, upon buying his form, Hon. Adebutu went to the media – the Television, Newspapers and online platforms saying that the Executive Committee of the PDP bought the form for him.’
‘I reasoned that if we were to go into a contest that required us to get ad hoc delegates from the Excos in the wards, and follow the rules that will lead to getting the delegates that will put together an electoral college that will elect the party’s candidate, I felt that the constitution of the PDP had been compromised and broken because the fact that they bought a form for a particular candidate shows that there is a bias, and that they have been compromised.’
‘Secondly, the Oath of Office of the EXCO which includes that they will be free, fair and just to all and sundry had also been compromised. The constitution of the Federal Republic of Nigeria had also been breached relative to how political parties are to organise themselves.’
‘I, therefore, wrote a letter to the national organ of our party – the National Chairman’s Office, the National Secretary’s Office, the National Organizing Secretary’s Office and the National Legal Adviser’s Office, saying that it is unfair to purchase a contest form for one among several contestants. I offered remedial opportunities alongside my complaint.’
‘As a remedy, I recommended that the Exco, whose action showed bias should be dissolved or set aside while a fair set of people should be brought on board to superintend the primary election process.’
‘I gave a number of sound and progressive advice, and I explained that if they failed to do the needful, I would have no alternative but to seek redress in court. Because of their penchant to disregard everything that other people in other civilisations will treat as serious, I wrote the letter in the court and gave them a proof of service from the Federal High Court, Abuja.’
Showunmi noted that Court of Appeal had been meticulous with the passing of the verdict which made him victorious in his initial legal step, in addition, he said that all citizens must be given room to fight for his/her legal right.