No Guber Candidate From Another Party Will Succeed Me – Wike 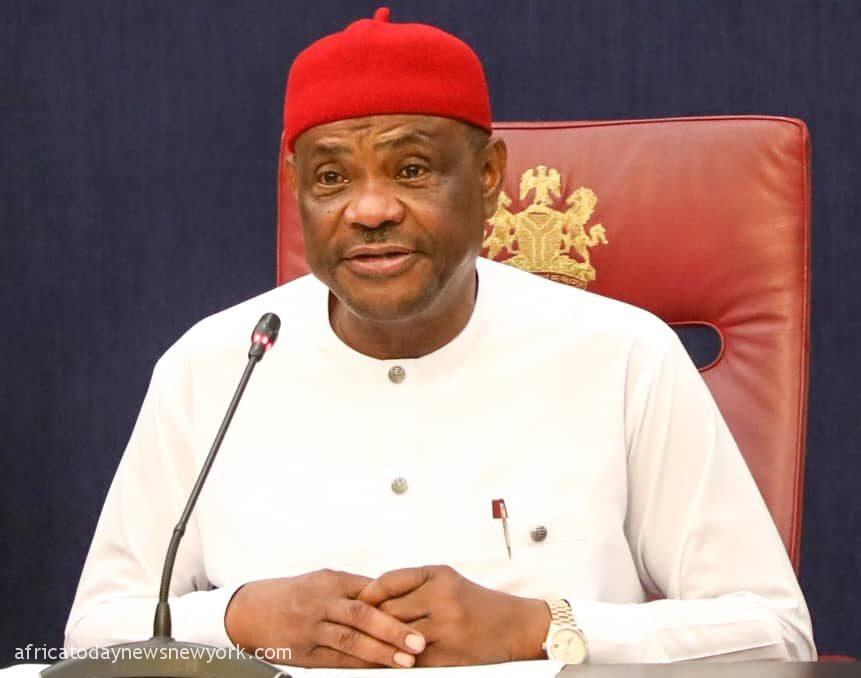 The Governor of Rivers State, Nyesom Wike has declared that the people of Rivers State will not support any person without development agenda to preside over the State as a governor, stressing that no opposition candidate will replace him as governor next year.

Wike spoke at the inauguration of the remodelled Waterlines House in Port Harcourt on Wednesday by former Kogi State governor, Alhaji Idris Ibrahim.

The governor remarked that some of the candidates in other political parties aspiring to succeed him in office had no agenda for the State.

He vowed not to allow the state to go astray and be taken over by those who are only interested in advancing their selfish ambitions.

‘There are those who just want to be governor, but they have no agenda. And in any case, why will you change a winning team that has given you all these? I will not allow this state to go astray to fall into the hands of armed robbers.’

Wike maintained that the people of Rivers State were pleased with the infrastructure and human development strides of his administration and would vote massively for the Peoples Democratic Party’s candidates in the State in next year’s general elections.

The governor pointed to how grateful he was for the opportunity that Rivers people had given him to serve them as their governor, and promised to someday render account of his stewardship.

‘I will give accounts and that account I am going to give is that Rivers State, you gave me opportunity, see what I have done. I have defended Rivers State. I have challenged the country in so many things that were against the interest of this State. I will never sell this State for one Kobo.’

Wike described Rivers State as the most peaceful State in the country because of the blessing of God on it.

He stressed that because the State operates Jesus economy, his administration was able to carry on flagging off new projects and inaugurating completed ones.

‘Time will come when we will present a report card, local government by local government. I am sure in the next few months we will be in Kalabari to commission the Trans-Kalabari road which has never happened.’

He further added, ‘From Saakpenwa to Kono is about 31 kilometres. In the next few months, we will be there to commission that road that has opened the entire Ogoni area, that has opened Bori as a city.’

Wike also informed that directive had been given for the release of fund for the completion of the Andoni axis of the Ogoni-Opobo-Andoni Unity Road. Funds, according to him, have also been released for the reconstruction of the Abuloma Road and Victoria Street in Port Harcourt Local Government Area.