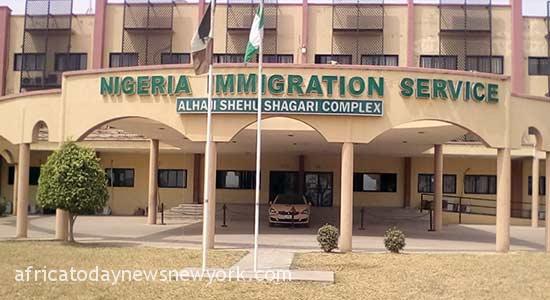 The Nigeria Immigration Service (NIS) has made public its plans to recruit additional 5,000 personnel to boast the services of the agency across the country.

In an interview with reporters, yesterday in Duste, Jigawa state, the Comptroller-General (CG), Isah Jere spoke in Dutse and pointed out that the security agency was keen on addressing the manpower deficit in the NIS.

Jere explained that a recruitment exercise was recently concluded and training of new officers is ongoing.

‘The government has placed an embargo on recruitment but lifted that on security agencies because security is key.

He further added that; ‘We’ve written to the President and I’m very sure we will get approval to recruit about 5,000 more personnel’.

He disclosed that Interior Minister Rauf Aregbesola sent a memo on the request to President Muhammadu Buhari.

The CG visited Jigawa to condole with the family of an officer killed by bandits, as well as operatives injured in an ambush on August 9.

They were attacked at NIS Base along Birniwa-Galadi axis, in the Birniwa Local Government Area of the state.

The bandits shot the team which was on patrol, killing Abdullahi Mohammed (CIA); two others sustained bullet wounds.

Africa Today News, New York reports that the unemployment situation in Nigeria has continued to worsen in recent times which many young people calling on the federal government to reverse the ugly trend by building a business-friendly environment that can attract investments.