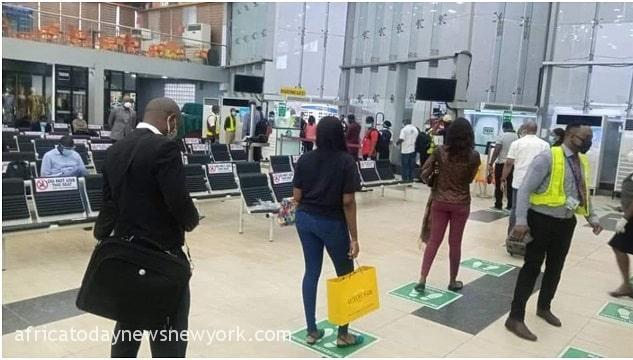 The Nigerian government yesterday said that it is collaborating with United Arab Emirates (UAE) officials to help repatriated Nigerians trapped in Dubai.
A recent viral video on social media which was obtained by Africa Today News, New York featured ladies identifying themselves as Nigerians pleading with the government to help them and blaming the Nigerian embassy in Dubai for being disinterested in their predicament.
Following the emergence of the video, Francisca Omayuli speaking for the Ministry of Foreign Affairs in a press release, said the Nigerian Mission has been working hard to collate the details of the stranded Nigerians with a view to issuing Emergency Travel Certificates (ETC) to those with no means of identification.
Subsequently, Francisca Omayuli, a spokesperson for the Ministry of Foreign Affairs, stated in a press statement that the Nigerian Mission has been trying diligently to gather information about the trapped Nigerians in order to issue Emergency Travel Certificates (ETC) to those who lack identification.

The accusation against the mission, according to her, is “completely untrue and misleading” It should be noted that the Nigerian delegation has been assisting the over 300 Nigerians detained at the Al Aweer Immigration Office’s detention facility. Before the repatriation, the relevant parties must first assess their cases and bring the legal proceedings to a close.
For a number of reasons, including overstaying, lost passports, a lack of documentation, particularly in the case of newborns, and open cases with the Emirati Police, they are being detained.
Mrs. Omayuli claims that people who have overstayed their visas and are legally obligated to pay penalties will have their immigration paperwork processed by the UAE authorities. There are fines of over $10,000 per head against some of the affected Nigerians.
The UAE government would, however, reduce the penalty for anyone who is unable to pay in return for a 10-year suspension from the country.
‘Those in police custody for other alleged offenses must be cleared, while those without documentation or means of identification, especially infants will go through legal procedures for rectification,’ she stated.
Mrs. Omayuli pointed out that affected Nigerians cannot be returned home until the UAE authorities have completed the procedures.
The Nigerian Embassy in Dubai has begun to identify some of the stranded Nigerians, according to the chairperson of the Nigerians in Diaspora Commission, Abike Dabiri-Erewa.
She stated that after the profiling procedure is complete, the mission and embassy would inform the minister of foreign affairs and carry out the necessary measures.
Mrs. Dabiri-Erewa urged Nigerians to follow the law no matter where they are and to refrain from unauthorized migration, adding that if they must travel, they should do it through the proper channels.
Nigerians living in Dubai have made headlines for a variety of reasons, most of which are related to their poor behavior, such as cybercrime, cult disputes, and drug dealing, among other violations.