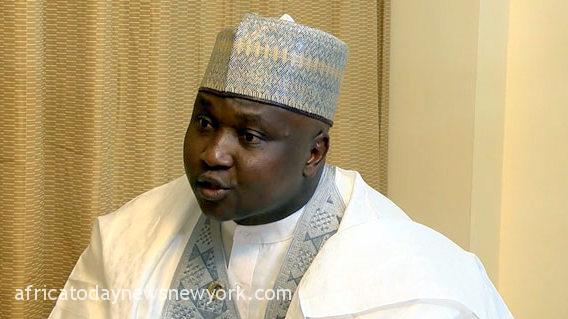 The Majority Leader of the Nigerian House of Representatives, Alhassan Ado-Doguwa, has asserted that President Muhammadu Buhari, should not be held responsible for the security crisis in the country, pointing out that security is the responsibility of the government and the people.

In a statement issued on Sunday which was obtained by Africa Today News, New York, Ado-Doguwa, was quoted to have made this assertion when the Kano State Government honoured some persons from the state who have been appointed to various positions in the Federal Government.

The statement which was titled ‘Kano State Government Honours Ado-Doguwa, ministers, others,’ the lawmaker, who is representing Doguwa/Tudun Wada Federal Constituency in Kano at the House, pointed out that it is the responsibility of all Nigerians to join the government in the effort to address the security issues in the country.

The Majority Leader said, ‘The security situation that we face in our country today should be a collective responsibility. There is no issue of blames trading – trading of blames. It is not Buhari. It is our own country. We have every entitlement to claim the indigeneship of this country and we are proud Nigerians. Only if everyone can bring their hands on deck; and until everyone will be on the same page with the security apparatus and architecture of the Federal Republic of Nigeria, then we will continue to have problems.

Read Also: Why Implementation Of Oransaye Report Is Slow – Buhari

‘It is on this note that I want to say that the Federal Government under Muhammadu Buhari has, of course, been doing the best it could in terms of security the lives and property of the people. The budgets we attend to at every point in time, nobody there gets close to the appropriation of our security institutions. We call those areas no-go areas – don’t touch them. We have given sufficient funding to all security agencies. Mr President is always concerned, holding meetings, giving directives, giving instructions left right and centre, all in the effort and commitment to keeping our homes safe to sleep in.

‘So, we can only get it right if our governors will continue the kind of good things and unprecedented security initiatives like that of Dr Abdullahi Ganduje, the Governor of Kano State. The Ulamas are doing their best. The traditional institutions, I agree with you; you are also doing your best in your own direction. But I want to say that the business of security is everybody’s business. If the security of this country fails as a state, it is the collective failure of every one of us, including the citizenry. They have a role to play. I do not mean that the citizenry will just go out, pick guns and fight the bandits in the forests. You have something to offer – praying for the country, praying for the leaders, praying for Mr President.”

As part of his constituency projects, Ado-Doguwa had distributed about 12 Toyota Hilux to Doguwa and Tudun Wada Police Divisions as well as the military base at Falgore Game Reserve, Kano Police Command, 3 Brigade Kano and Karota, among others.

According to the statement, the Kano State Citizens’ Forum, a non-partisan organisation, also honoured Ado-Doguwa with the award of Best Federal Legislator in the area of security support to the state’s security agencies.

Other personalities that were honoured, according to the statement, include the immediate Commissioner of Police, Sama’ila Mamman; and the immediate past Commander 3 Brigade, Nigerian Army, Kano, Brigadier General Sinyinah Nicodemus.