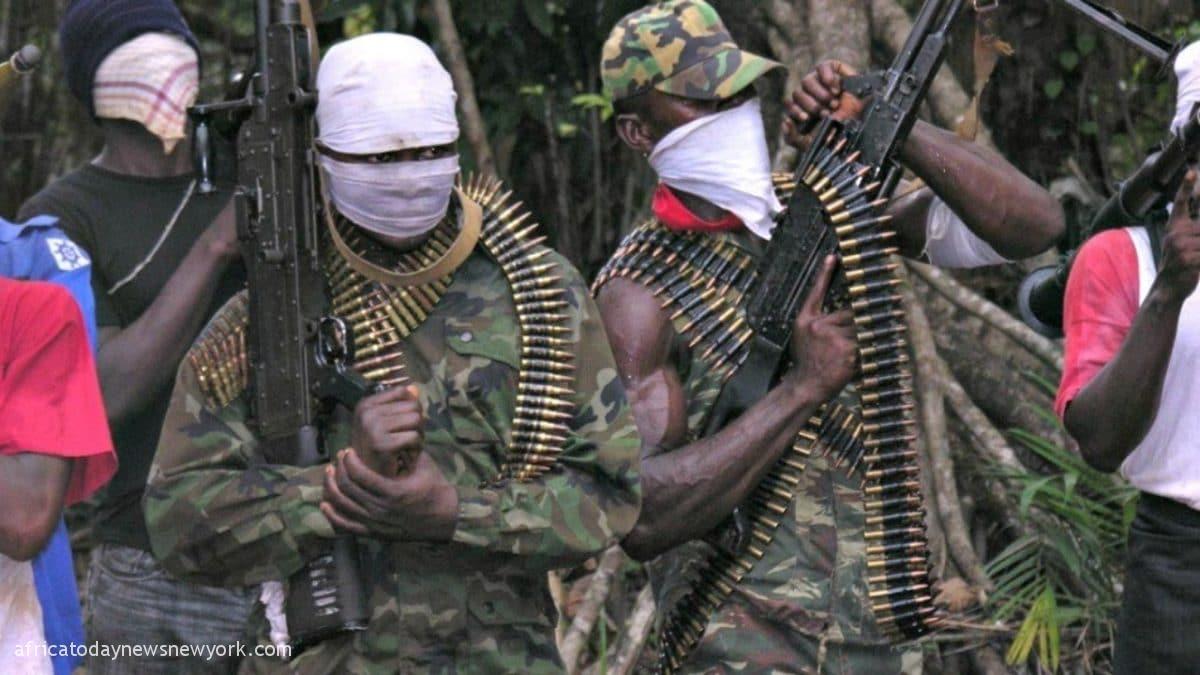 The Traditional ruler and Chairman of the Abissa Council of Chiefs in Akuku-Toru Local Government Area of Rivers State, High Chief Matthew Opoto, has been abducted by gunmen on the high sea.

High Chief Opoto was abducted last Friday on his way to his community in the Abissa waterway by a group of some yet-to-be-identified gunmen driving in a speed boat.

The gunmen reportedly intercepted the boat he was in and some of his council of chiefs.

After identifying Chief Opoto, it was gathered that they dragged him out into one of their boats and drove off with the speed of light.

A native of the area, Minaibiye Dolphin, who confirmed the incident on Monday, told reporters in Port Harcourt that the monarch was a few minutes to his destination when the gunmen struck.

He said, ‘The chairman of Abissa council of chiefs, High Chief Mathew Opito, was travelling with some of his chiefs and about five minutes to arrive the community, when gunmen came in a speed boat, identified him and took him away.

Dolphin called on the security agencies, including the Nigeria Navy Ship, Pathfinder and the Rivers State Government, to intervene and facilitate his release.

‘We are appealing and calling on the Rivers State Governor, Barr. Nyesom Wike, the police, Army, the NNS Pathfinder, and other security agencies help secure his release.

‘There is no information as to why they kidnapped him since we are not able to get in contact with the kidnappers.’

When contacted, the spokesperson of the state police command, Grace Iringe-Koko, confirmed the incident, saying already a manhunt and thorough investigation had begun to ensure the monarch’s release.