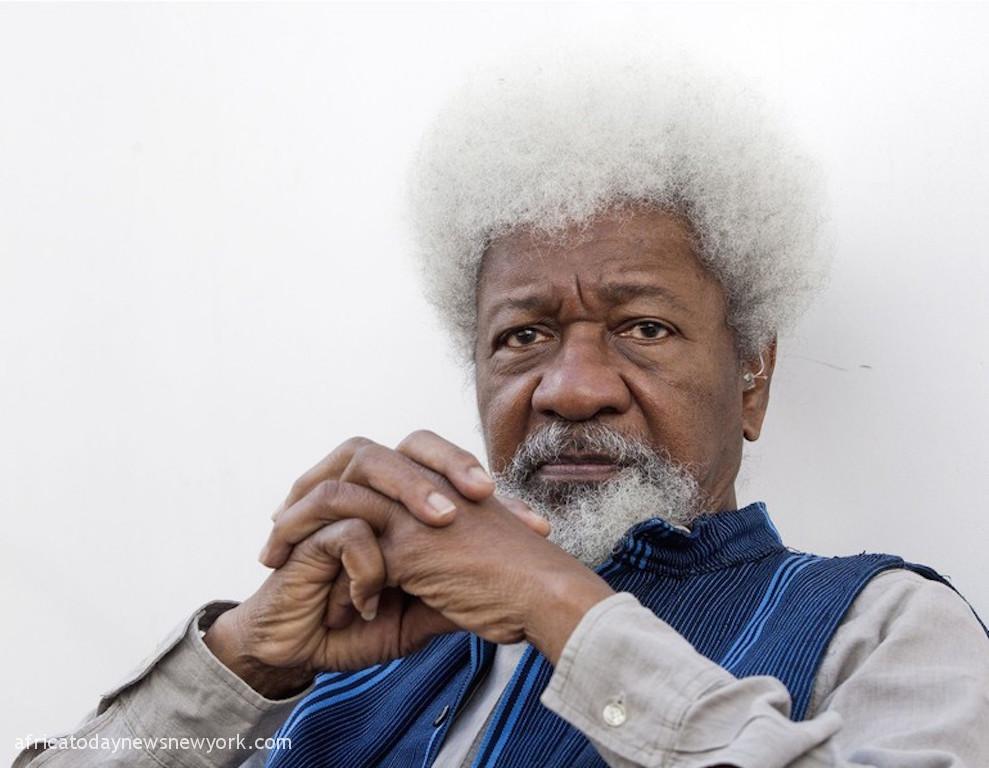 Controversial Nobel Laureate, Professor Wole Soyinka, has lampooned the Federal Government of Nigeria accusing it of handling the farmers-herders crisis in the country.

Soyinka wondered why the Federal Government was hesitant to effect a ban on a cattle group, Miyetti Allah, while it had already proscribed the Indigenous People of Biafra (IPOB), a group looking for the secession of the South-East from Nigeria.

Speaking to Channels Television’s Newsnight, a pre-recorded program that was monitored by Africa Today News, New York on Monday, Soyinka said Nigeria must always put the country’s history in perspective so as to understand security challenges.

‘My temperament doesn’t accept that anyone should chase me out of my God-given earth. So, it is a temperamental thing as well,‘ Soyinka said.

‘The idea that you can unleash terror on me because you want my little patch of territory or you want my soul, that is you want to subjugate me, you want to turn me into a slave. Well, I would sort that out first.

‘And then I will make up my mind whether I want to leave. So each outrage, unfortunately, has the opposite effect. Whether the outrage is taking place in Benue, Kaduna, or is taking place in Owo. Or whether it is taking place right here on the (Ogun state) border – we have also been subjected to this lunacy, of the subjugation mentality which some minority people hold. And I find it very difficult to accept to be chased out of my own entitled portion of the earth.

‘Many people just either do not know the history or do not understand the purpose of history. And then there’s a different group also who are very selective about history; they know how to distort or misuse history.

‘Take, for instance, when the incursion of the Fulani herdsmen began, and the Miyetti Allah. Their spokesman said, I think it was in Borno. We once ruled this place, and we can take back our land anytime we want. I remember that statement; I have never forgotten it. In the midst of the trauma of these people, somebody comes gloating and then citing selective portions of history. I said this person should be arrested and locked up, who says he wants to repeat his history of conquest – he is admitting either knowledge, before or after, or support, anyway. Is not there anything like hate speech anymore? Why are you proscribing IPOB without proscribing Miyetti Allah?’