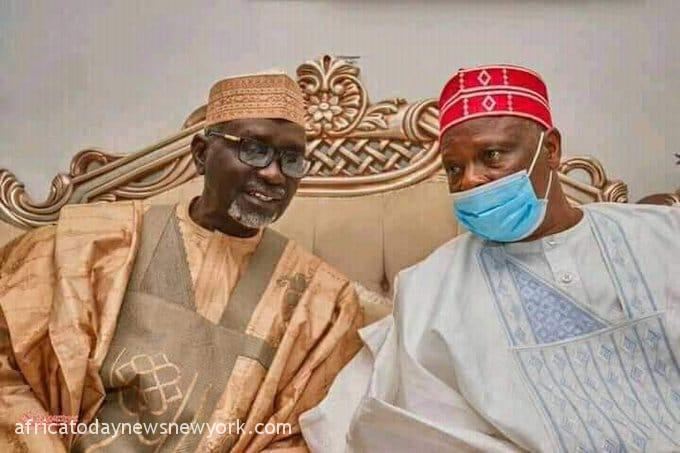 A former Governor of Kano State, Senator Ibrahim Shekarau has confirmed that he has resolved to move out of Kwankwaso’s New Nigeria People’s Party (NNPP), although he has not clearly stated which party he is decamping to.

Speaking to a crowd of supporters on Monday at the Kano Foundation office along BUK Road, Shekarau accused Former Governor Rabiu Musa Kwankwaso of not only betraying him but also going on to humiliate him.

The former governor who went down memory lane over what transpired between him and Kwankwaso during his brief stay in the NNPP noted with dismay that, he was alone, given forms to contest his Senatorial seat leaving his teaming supporters to wallow in destitution.

He revealed that on 5th May 2022 long before he and Kwankwaso joined NNPP, ‘I personally met him at his country home and discussed extensively my decisions to follow him to his new party and he expressed deep happiness’.

‘And still on 11-5-2022 I still met Kwankwaso because since our last meeting we were not able to meet, and I reminded him of a proposal I submitted to him during our last meeting’.

The proposal according to Shekarau was the list of my supporters who were seeking different political offices, and when I talked to Kwankwaso about it he said he was aware of it and definitely something would be done.

‘Similarly, on 16-5-2022, Kwankwaso came to my house at about 9pm and we still discussed extensively the same issues he even called five people including Abba Kabir, Kawu Sumaila, Alhassan Rirum and two others and presented them to me as those to make the lists of contestants’.

‘During the meeting which led to my decamping, Kwankwaso came with my Senatorial Form alone and sneaked it to me telling me that I was the first to receive it and I asked him the ones for my supporters he said it would be done’.

‘Since then Kwankwaso kept deceiving me and only for him, to much later say we are late for my supporters to be on the lists, and there was nothing he could do’.

Shekarau said with all these and many more deceit he has no place in NNPP because his Party Politics always goes with his supporters and any attempt to throw them away would be vehemently rejected.