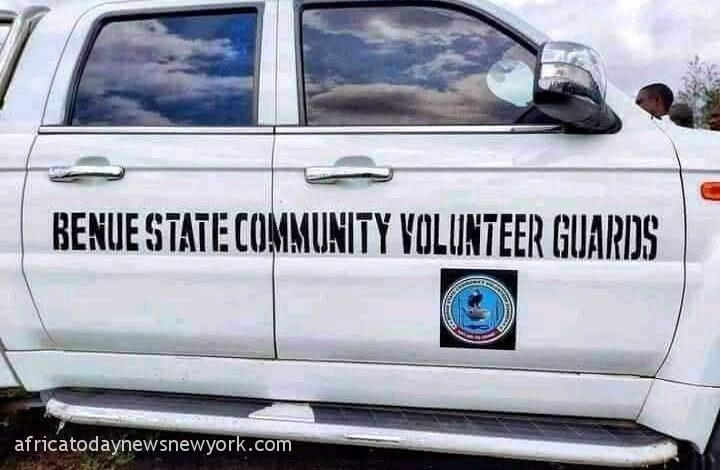 In lieu of the recently created security vanguard in Benue State, a group has urged the Nigerian President, Muhammadu Buhari to give his seal of approval to the Benue State Governor, Samuel Ortom and some of his South-West counterparts to procure some arms for the Benue Community Volunteer Guards, BCVG and “Amotekun” in order to further help them to bolster security in their states.

The group which has been identified as the Coalition of Southern and Middle Belt Youth Leaders Assembly, COSMBYLA had also pleaded with President Muhammadu Buhari to  debunk and dismiss all reports that BCVG and Amotekun would misuse arms at their disposal if allowed to bear weapons. COSMBYLA had noted that such claims were unfounded because BCVG and Amotekun are designed to operate within the law and in collaboration with conventional security agencies.

According to the statement, “The umbrella body of all the youth groups in the South-East, South-South, South-West and Middle-Belt regions of the country wants the Federal Government to support the initiatives of the Benue State government and governments of states in the South-West to localise security in their areas based on the peculiarity of the challenges confronting their people.

“Consequently, the Coalition appeals to the President Muhammadu Buhari-led administration to grant Governor Samuel Ortom and his South-West counterparts requests to procure arms for the Benue Community Volunteer Guards, BCVG and the South-West security outfit, “Amotekun” to bolster security in their states.

“It commends the country’s conventional security agencies for the frantic efforts they are making to tackle insecurity in the country even to the extent of occasionally paying the supreme sacrifice but observes that there is a need for states to have localised security outfits to complement the mainstream agencies in the task of securing lives and property, hence the need to allow them to bear arms to function optimally and without much threat to their own lives.

“The Coalition of Southern and Middle Belt Youth Leaders Assembly also reminds relevant authorities that the fear that the Benue Community Volunteer Guards and the South-West version, “Amotekun” would misused arms at their disposal if allowed to bear weapons is unfounded since they are fashioned to operate within the law, in collaboration with conventional security agencies for proper synergy, coordination and effective results.

The CSO urged the Federal Government to support the Benue State government in its effort to localise security.