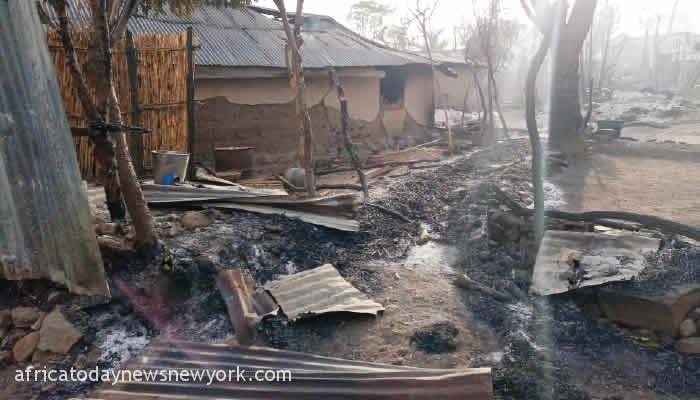 Reports reaching the desk of Africa Today News, New York has it that no fewer than three people have died in a recent incident in Kushi, Shongom Local Government Area, Gombe State. This is alleged to be a revived communal crisis.

It was gathered that the recent violence began with the murder of a herder whose cows had entered a farmland, accompanied by revenge from his clan that resulted in the deaths of two people.

State Police Public Relations Officer Mahid Abubakar confirmed the attack on Monday in a telephone conversation, adding that the incident had been dealt with properly.

According to reports from journalists, a similar incident that unfolded in May 2021 resulted in the torching of over 50 homes and the deaths of roughly 10 people.

While encouraging locals to avoid using self-help but rather to consult legitimate authorities in resolving issues, Abubakar revealed that the culprits had been detained.

He stated that, ‘A herder went to graze on the farmland in Kushi, and he was killed.’

‘The suspects were arrested and the following morning, there was a reprisal by some Fulani herdsmen and two persons were killed.’

‘11 houses were set ablaze, but normalcy has been restored. There is no more tension. People should refrain from taking laws into their own hands.’

Samuel Wina, a lawmaker for the Pero-Shonge constituency in the Gombe State House of Assembly, also spoke and urged everyone to live in harmony.

‘As of now, it is difficult to estimate the number of people killed, displaced, property and farmlands destroyed at the peak of the rainy season, which is worth millions of naira,’ Wina noted.

The lawmaker pleaded for the conflict to cease and pledged to contact the appropriate parties to prevent a repeat of the situation.

‘I also pray that the government looks into a long-term solution between herders and farmers. I am making an attempt towards reaching the governor to deploy forces to contain and curtail the attacks that have outgrown the local vigilante, and is currently spreading to other communities such as Nyualimi, Duduai, and Galdimaru,’ Wina said.

Africa Today News, New York reports that there has been a record of crises among individuals of different tribes which have resulted in casualties; this can be seen in the case of herders and farmers who frequently have disagreements over cattle feeding on the farmland of agriculturists.