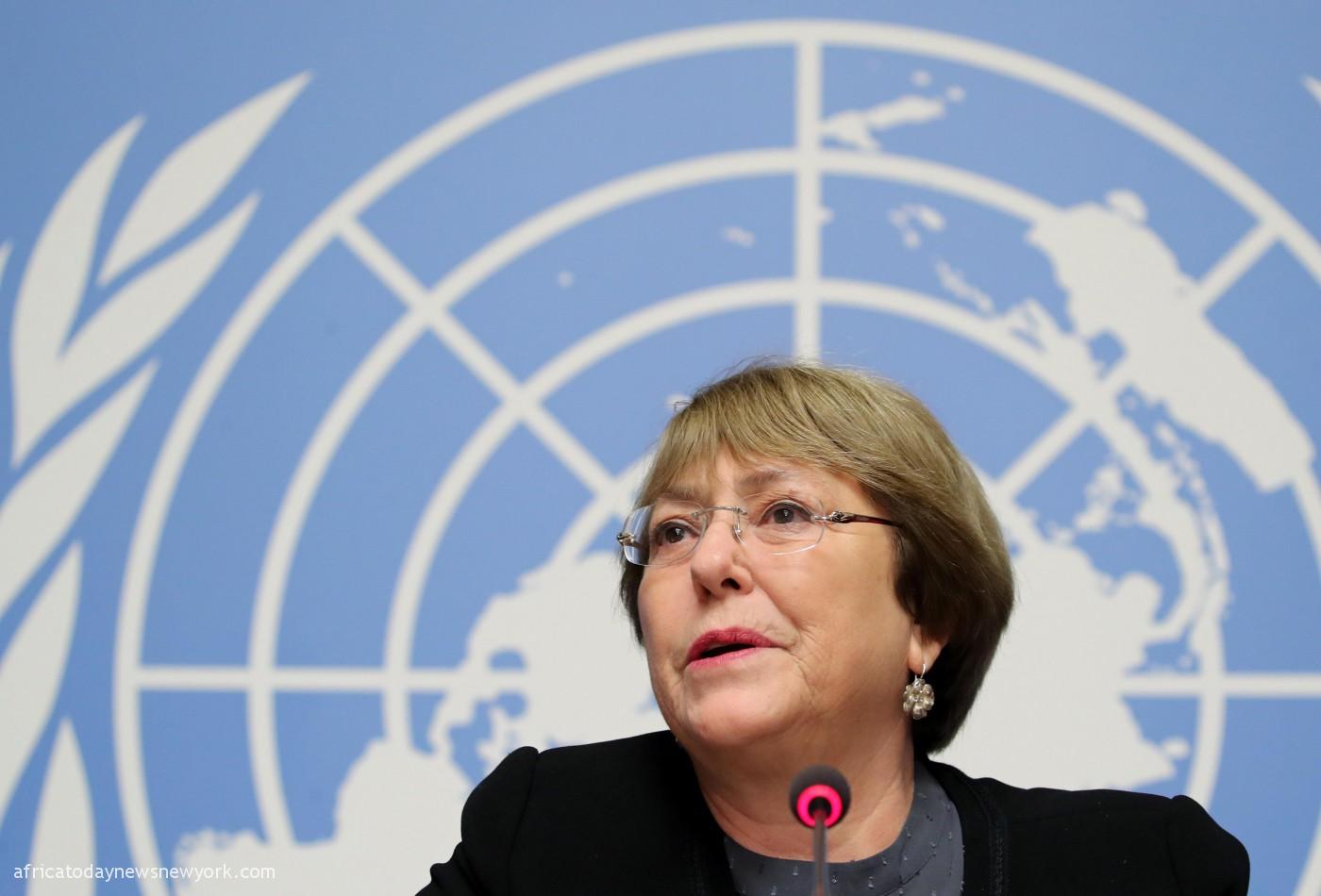 The outgoing United Nations rights chief, Michelle Bachelet has announced in a departing plea to the Russian President, Vladimir Putin that she wants him to stop Russia’s attack on Ukraine because of its “unimaginably terrifying” impact on civilians.

Bachelet, who would be stepping down at the end of the month has also marked the six months since the February 24 Russian invasion by insisting on accountability for serious rights violations in the conflict, some of which may also get to amount to war crimes, she said.

“I call on the Russian president to halt the armed attack against Ukraine,” the outgoing United Nations high commissioner for human rights had  announced during a farewell press conference which had been hosted in Geneva.

Tuesday marked “six unimaginably terrifying months for the people of Ukraine, 6.8 million of whom have had to flee their country,” she said.

“Millions others have been internally displaced.”

She had also revealed  that her office has so far documented up to 5,587 civilians killed and 7,890 injured in the conflict, although it had made revealations the true civilian casualty toll will be far higher. Of those casualties, nearly 1,000 are children. Bachelet had also urged Moscow and Kyiv to respect international human rights and humanitarian law at all times.

“The international community must insist on accountability for the many serious violations documented, some of which may amount to war crimes,” she added.

“The fighting continues, amid almost unthinkable risks posed to civilians and the environment as hostilities are conducted close to the Zaporizhzhia nuclear power plant,” the former Chilean president added.

“The Zaporizhzhia plant needs to be immediately demilitarised.”

The International Atomic Energy Agency, the UN’s nuclear watchdog has revealed intentions to send a mission to the nuclear power plant, which is Europe’s largest.