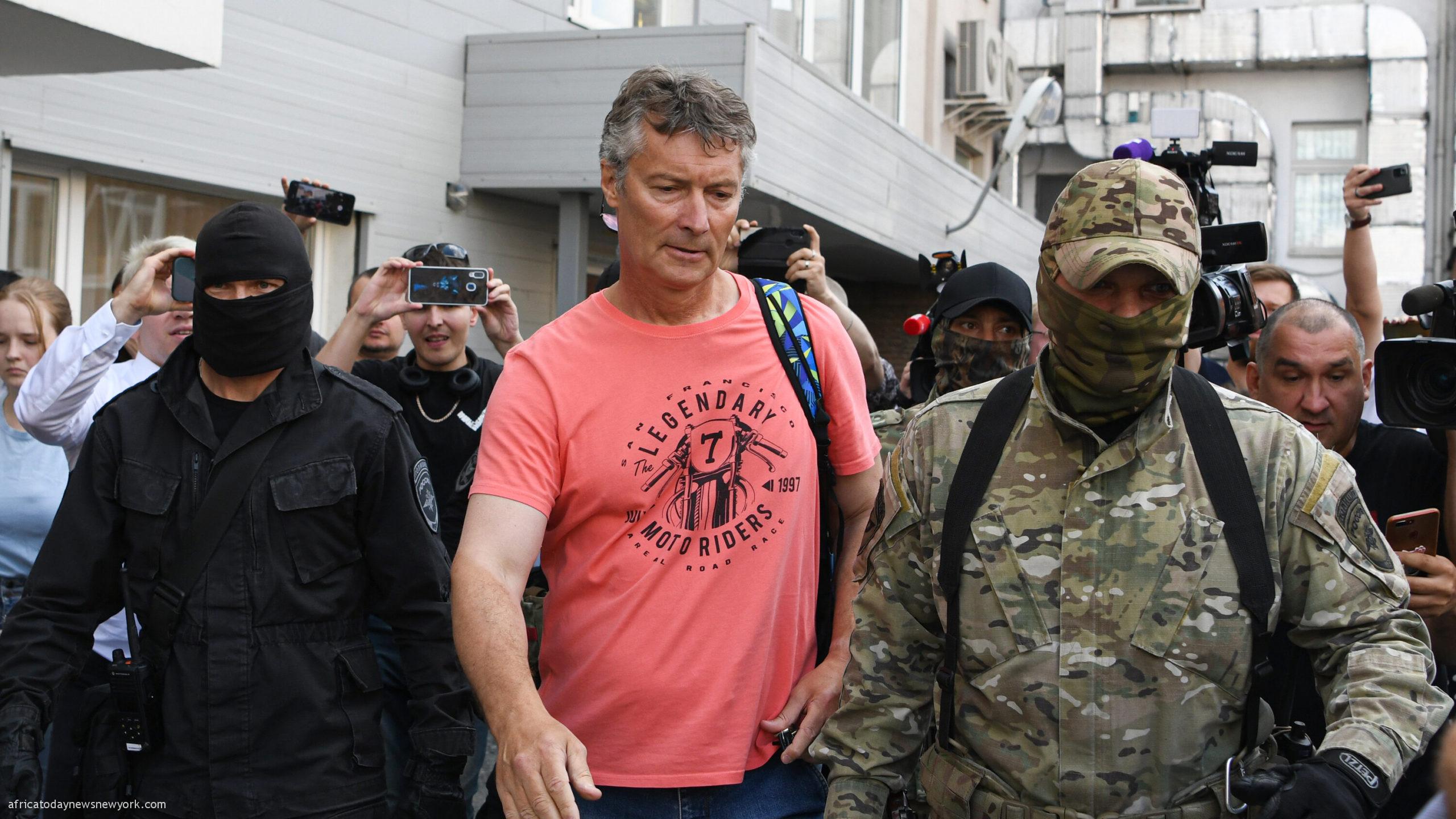 One of the last remaining well-known political antagonists in the ongoing Russian war with Ukraine who is fortunate to have not been assassinated, imprisoned, or banished from the country has currently been nabbed.

A journalist questioned Yevgeny Roizman while he was escorted out of his apartment by police this morning— asking why he was being charged and he managed to provide few answers.

‘Just for one phrase,’ said 59-year-old Mr. Roizman, ‘The invasion of Ukraine.’

His arrest has been made in connection with a significant criminal case for ‘discrediting the Russian armed forces’.

In Russia, it is a regular accusation leveled toward anti-war protestors. even while still using words ‘war’ or ‘invasion’ here may result in a police raid.

Africa Today News, New York can confirm that if Mr. Roizman is found guilty, he may spend five years in prison.

Police raided the opposition politician’s apartment and the location of his charitable organization. Afterward, the interior ministry announced that he would be transferred to Moscow for questioning.

The police had collected “business cards of foreign politicians,” according to pro-Kremlin media, who started publishing shortly after.

The “business card of the former chief of the Ukrainian Security Service Igor Smeshko” was reportedly the most startling find. This is a frequent strategy employed by Kremlin propaganda to paint the dissent against Vladimir Putin as anti-patriots and prospective agents working for external governments.

As reported by the independent, Moscow-based human rights organization OVD-Info, over 16,400 individuals have been imprisoned in Russia for participating in anti-war protests.

Prominent opposition politician Yevgeny Roizman experienced a remarkable electoral victory. In Yekaterinburg, the fourth-largest city in Russia, he presided as mayor from 2013 to 2018. Atypically, the local governor demanded “justice and respect” from him on Wednesday, which is not what state leaders generally want of such a staunch critic of the war.

A few people here suggested that the government might have waited until Ukrainian Independence Day before intervening and detaining Russia’s last vocal opposition figurehead.

On Wednesday, it will have been six months since the beginning of Russia’s military action in Ukraine, which began on February 24. State TV made absolutely no notice of this milestone, likely to save Russians from being reminded of how long the operation has taken.

Mr. Roizman was frequently questioned in appearances about why he hadn’t left Russia like so many of his fellow campaigners. In March, Mr. Roizman stated, ‘I can’t flee,’ and ‘It is unacceptable for me to do that.’

For his remarks opposing the ‘special military operation,’ as the Kremlin prefers to refer to the conflict in Ukraine, he had already been prosecuted a total of four times.

One among his penalties was connected to a Tweet he made criticizing remarks made about the war by Sergei Lavrov, the Russian foreign minister. A subsequent purchase reportedly netted $3,200 (£2,715) for the Twitter screenshot.