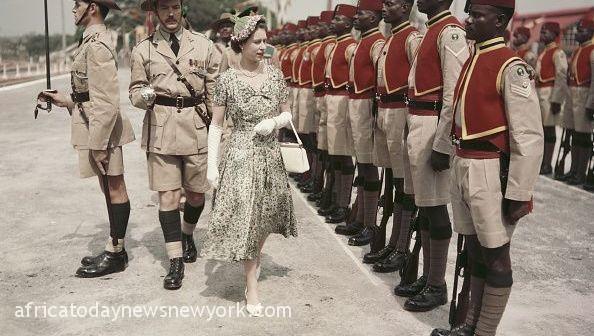 Since the announcement of the demise of the late British monarch, Queen Elizabeth II, there have been lots of reactions from across various quarters, particularly amongst Africans.

Many have used the opportunity to remember all the historical crimes of Britain against black Africa which spanned from the era of the transatlantic slave trade through colonialism end even up till the present day neo-colonial exploitation of the contemporary African States.

I however find it curious how we are so angry with the Queen for her role in a world order where the pursuit of national interest trounced every element of sentiment.

A lecturer of mine, Dr. Ebohon once said to us and I quote, “no nation sacrifices her national interest on the altar of morality”. But I have found out that this is with exception to African nations. I have therefore chosen to adopt a more pragmatic perspective than the popular Afrocentric sentiments that seem to have pervaded our intellectual space presently.

Queen Elizabeth II was a leader every African leader should aspire to be. If only we had leaders who were half the woman she was, Africa would have since risen far above the ashes of her exploitation history. We have a lot to learn from those who have mastered the art of thinking posterity rather than instant gratification.

What obtains in the realms of international relations, particularly in the era where she was in her prime, was the furtherance of national interest, even if that happened at the expense of other nations. It was the global economic order and it still is today, even though they have only chosen to be more subtle in their methods.

Britain and other global superpowers today became what they are on the strength of this philosophy. Their leadership used everything within their powers to plunder other lands to not only develop their nations, but also to secure the wellbeing of their unborn generations. This is in line with the law of self-preservation. The survival instinct of mankind supports this. No sentiments!

It is because of this they have selflessly built enduring institutions that protect the interests of the collective society, rather than secure the interests of a few privileged elites. This is why they have remained in the lead for generations and will continue to be so for a long time to come.

African leaders on the other hand have always operated the direct opposite of this philosophy in our international relationships.

We rather plunder our own commonwealth and export same to develop foreign lands. We destroy our education system and pay through our noses to strengthen schools in foreign lands by way of sending our children abroad. Today, African students are the most populous international students in almost all the schools in developed countries.

In Nigeria for example,
Abacha loots are still being excavated from various foreign bank accounts where they had been stashed since the mid 90s. One can only imagine how much impact these monies must have made in developing these foreign economies that have been hosting them.

We only talk about the Abacha loots because he is no more. It doesn’t mean others after him like Abdusalami, Obasanjo, Jonathan and even Buhari have not since surpassed his looting records.

Now, one only needs to extrapolate the Nigerian scenario across other African nations and see how much we have operated an inverse foreign policy of self-imolation.

Yes, we had the British look the other way when we fought against ourselves in our civil wars, from Biafra to Rwanda. That was immoral. But we cannot hold them primarily responsible for being our own brothers’ killers. We need to hold our own leaders accountable for their roles in making life unbearable for us and not some foreign colonialists that have since left us to determine our own fate by ourselves.

For the records, America’s colonial history under Britain from 1607 to 1783 has not stopped America from becoming the world’s foremost nation, a status they have maintained for almost a century now.

China was colonised in turns by different counties at different times. This hasn’t stopped them from becoming the worlds number two today.

It is okay to loathe the British, the French, Germans, Belgians and all other colonial imperialists for their ignoble roles in disrupting our budding civilization in the 19th to 20th Century. But we need to reserve more of that negative energy for the very leaders we now worship in the area of being our political candidates.

Whereas, these d€spicaple characters remain heroes to many who are pelting the late British Crown with all forms of unprintable expletives.

We need to truly define what we want and know where to situate ourselves in the world economic order. Else we continue to point fingers at those who we should compete against and overtake.