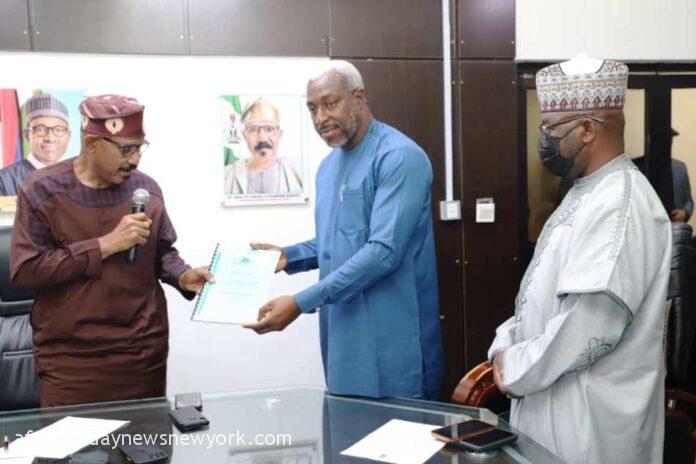 Joseph Ekumankama who is the Nigerian Minister of State for Health has revealed that the Federal Government of Nigeria would be shutting down all the unregistered medical laboratories in the country following a few sanctions as well.

This announcement had also been disclosed in a statement which had been made available by the Director of Press in the Ministry, Ahmed Chindaya, on Saturday, following a courtesy visit by some of the members of the Medical Laboratory Science Council of Nigeria, MLSCN, at the Ministry of Health Headquarters in Abuja.

Ekumankama had also revealed that the policies would be put in place in order to ensure smooth running of the council.

“Policies would be formulated to help carry out their functions smoothly, geared towards achieving the mandate of Mr. President in the health sector.

“Henceforth, all laboratories must follow due process and ensure that they are registered with the MLSCN or risk being shut down as well”, he said.

He added that the management and the staff of the MLSCN should not relent in the discharge of their statutory duties.

In another report, the Minister of Aviation in Nigeria, Sen. Hadi Sirika, has lashed out at foreign airlines who are notoriously selling tickets in dollars, warning that the government of the country has resolved to come after those engaging in such violation of Nigerian laws.

Sirika issued this warning while fielding questions from State House correspondents at the end of the virtual meeting of the Federal Executive Council (FEC) on Wednesday in Abuja which was monitored by Africa Today News, New York.

The minister revealed that the Nigerian Civil Aviation Authority (NCAA) had been instructed to swing into action by protecting the interest of Nigerians against reported airlines’ operations malpractices.

He declared that no violator, regardless of how highly placed, would be spared if caught in the act.

According to him, findings at the government’s disposal have indicated that some airlines are refusing naira and charging their ticket fares in dollars in violation of the country’s laws.