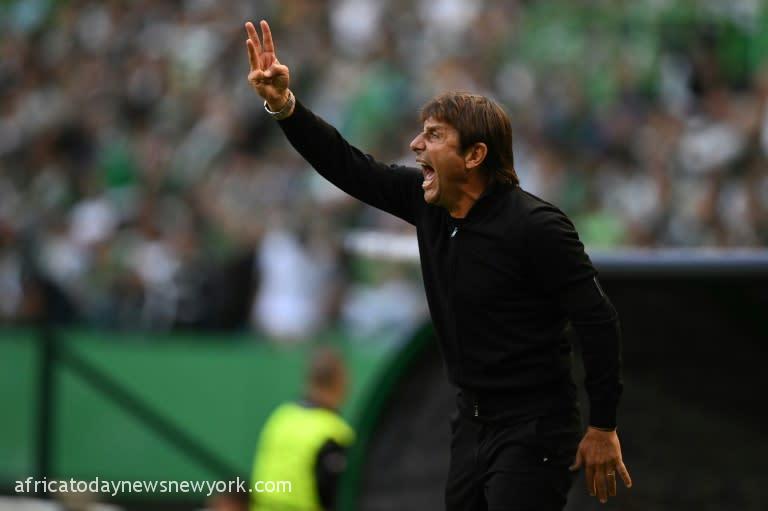 In lieu of their recent performance, Antonio Conte has given a very stern warning to his Tottenham stars that no one is actually undroppable in the aftermath of their sloppy Champions League defeat at Sporting Lisbon.

Conte’s side had crashed to their first loss which had been recorded in eight games in all competitions this season as Sporting had scored twice in stoppage time to win 2-0 on Tuesday.

Although Tottenham had also been in good form before their trip to Portugal, there have been some major concerns over the form of South Korea forward Son Heung-min and it had been reported that Son has failed to score a single goal this term after finishing as the Premier League’s joint top-scorer last season.

Harry Kane had also missed several chances in the Sporting defeat and Conte was quick to make it clear he won’t tolerate sustained periods of poor form, even from his best players.

“There are no players that are undroppable. This has to be very clear,” Conte told reporters on Thursday.

“If I am telling this it is only to protect my players and to give them the possibility to be, in every moment, at the top.

“Then you know very well you can play one game well, another you can score, another not, but my task is to try to protect my players and to protect the team.

“In the Champions League they are always massive games and for this reason I need to have all my players available.

“I need all my players available for rotation to be in every moment ready when I call them to play and to play well for the team, for the club, for the fans, for everybody.”

Conte was pleased to see Tottenham’s players were so angry after the loss and he called on them to use their frustration to fuel a bounce-back result when Leicester visit north London for Saturday’s Premier League clash.