Showdown Imminent As Joshua Accepts To Fight Fury In Dec 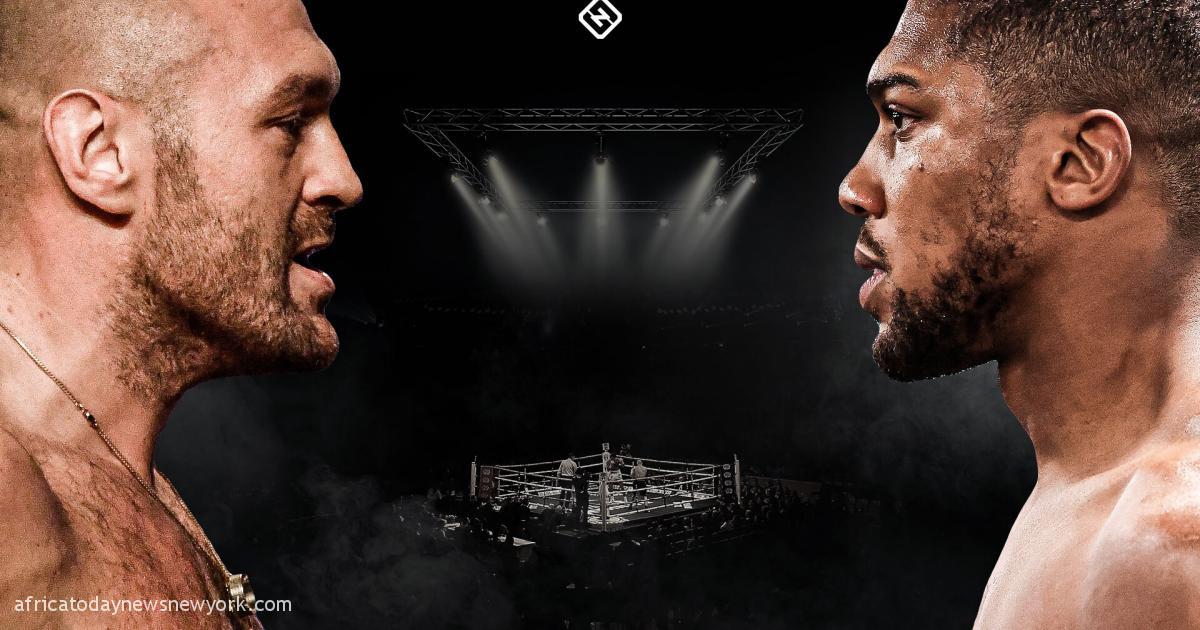 Against the backdrop of losing to Usyk, Anthony Joshua on Wednesday accepted the challenge to fight WBC heavyweight champion, Tyson Fury, after the latter called him out on social media earlier in the week challenging the British-Nigerian to a December Battle of Britain.

Joshua to his Twitter handle to offer a response o Fury’s antics, he wrote ‘Yea calm. I don’t do the online discussions just for clout, so if you’re really about it shout @258mgt (Joshua’s management). I’ll be ready in December.’

Joshua’s public acceptance of the offer prompted a phone call between Hearn and Fury’s representatives.

During an appearance on talkSPORT on Tuesday, he said, ‘I had a chat last night with George Warren from Queensberry (Promotions).

‘I’d love to get really excited about this because I think it’s the fight I get stopped on the street for more than any fight that could be made.

‘It’s a fight AJ has wanted for a long time.

‘Don’t forget we signed for this fight last year before the court arbitration forced the Deontay Wilder fight for Tyson Fury.

‘It’s an interesting one because last week he retired, then he’d only come back to fight Usyk, then he made an offer to Derek Chisora, then he wanted half a billion, then he retired again, then he’s fighting Usyk in December and now he’s fighting Joshua.

‘The message is quite clear from Joshua; we don’t want to get in a backwards and forwards, we want the fight.’

Africa Today News, New York reports that Fury and Joshua were supposed to meet in the ring last year after agreeing a stunning two-fight deal in March 2020.

But former WBC heavyweight champ Deontay Wilder scuppered the undisputed bout when he won his arbitration for a trilogy fight with Fury.

Joshua is currently planning to return to the ring following back-to-back losses to Oleksandr Usyk – the most recent of which took place in Saudi Arabia last month.

Matchroom Boxing chief Hearn wants Fury to send a draft deal for the proposed fight if he is indeed serious about fighting the British-Nigerian.