How The World Said Final Farewell To Queen Elizabeth II 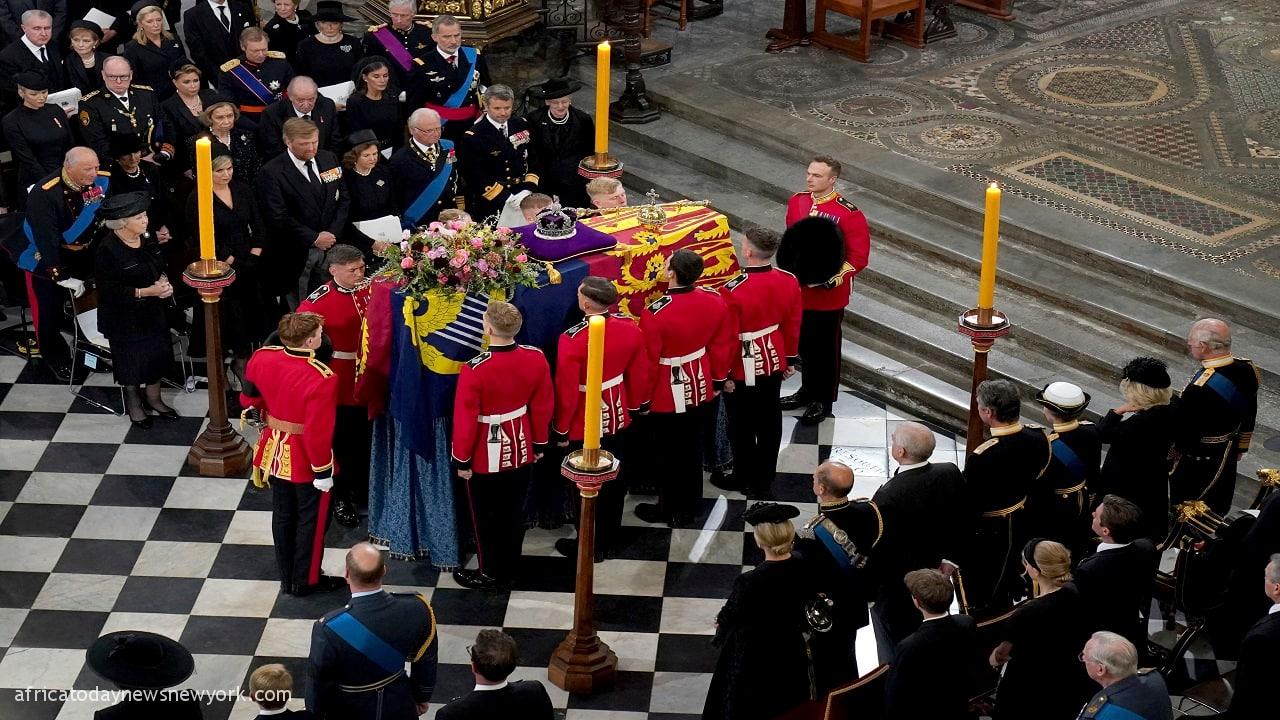 The global community on Monday bid farewell to the late Queen Elizabeth II with a majestic funeral steeped in tradition and a send-off reflective of the broad popularity she managed to retain over her remarkable seven-decade reign.

Royal family members and dignitaries converged at Westminster Abbey for a somber service yesterday afternoon. Presidents, prime ministers, princes and princesses, and other public figures sat side-by-side to pay their last respects – a testament to her far-reaching appeal and deft diplomacy.

The funeral, which served as both a state and religious service and marked the culmination of 10 days of mourning, honoured the Queen with the sort of pomp that she used to promote the royal family and “brand Britain” throughout her life.

Tens of thousands of people flocked to streets around Westminster Abbey and along the 25-mile procession route from central London to Windsor, hoping to catch a glimpse of the sovereign’s flag-draped coffin as it travelled by hearse to her final resting place.

In the third and last procession of the day, the Queen’s coffin was taken past throngs of well-wishers lining the Long Walk to Windsor Castle for her committal service and burial at St. George’s Chapel, where she was separated from the crown for the final time.

Though the death of Queen Elizabeth II, Britain’s longest-reigning monarch, had been anticipated and carefully planned for years – funeral arrangements, codenamed ‘Operation London Bridge,’ were long the subject of speculation – the magnitude of this moment of mourning and the public outpouring of emotion has still caught many off guard. Even for those who are not fans of the royal family, her death marks the end of an era, a shift in the national landscape.

At 96, the Queen had become an almost mythical symbol of stability amid constant change. Her 70-year rule was bookended by war and pandemic, punctuated by uncertainty about Britain’s role on the world stage. She was crowned as the sun had started to set on the British Empire, and her death has renewed a conversation about the country’s dark colonial past. It comes at a time of great political and economic upheaval, not only in the United Kingdom, but across the globe.

More than 200 foreign dignitaries were at her funeral at Westminster Abbey, including US President Joe Biden, France Prime Minister Emmanuel Macron, and Commonwealth leaders like Canadian Prime Minister Justin Trudeau.