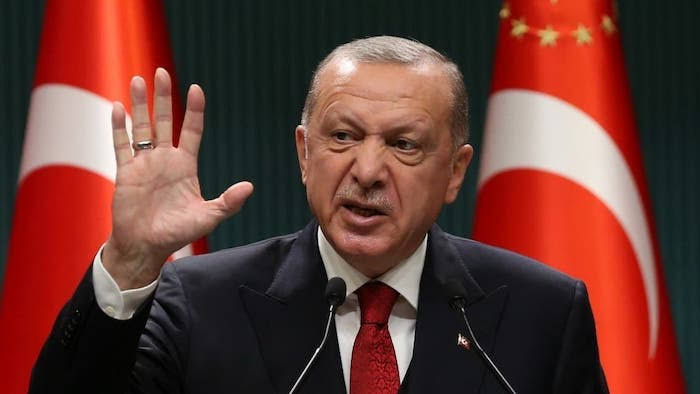 The President of Turkery, Recep Tayyip Erdogan has on Saturday warned that Turkey would not be ratifying the NATO membership bids which would be coming from Sweden and Finland until some of the two Nordic countries had “kept” the promises they had made to Ankara.

“Until the promises made to our country are kept, we will maintain our principled position,” Erdogan said in a speech to parliament in Ankara.

“We are closely following whether the promises made by Sweden and Finland are kept or not, and of course, the final decision will be up to our great parliament,” he added.

Russia’s invasion of Ukraine in February had also seen the two Nordic countries abandon decades of their military non-alignment and in May apply to join NATO and although the Nordic countries had also hoped for a speedy entry, Turkey had managed to delay the process by objecting to their membership.

Erdogan had allegedly accused both countries of being havens for Kurdish militants, specifically highlighting the outlawed Kurdistan Workers’ Party (PKK), and for promoting “terrorism”.

A deal was then struck between the three countries in June, which included provisions on extraditions and sharing of information, clearing the way for NATO to formally invite the two nations to join the alliance.

So far, 28 out of 30 NATO members have ratified Finland and Sweden’s membership. Only Hungary and Turkey have yet to send the membership bids to their parliaments for ratification.

In a related report, The President of Turkey, Recep Tayyip Erdogan has revealed on Friday that Turkey will be turning to countries such as Russia if the United States fails to follow through on a pledge which she had made to deliver F-16 fighter jets.

Turkey had been reportedly kicked out of a programme which had been billed to replace a wide range of fighter, strike and ground attack aircraft for NATO allies after it had acquired an advanced Russian missile defence system in 2019.

But with US-Turkish relations warming in response to Russia’s invasion of Ukraine, the United States President, Joe Biden had noted to Erdogan in June that he would support the sale of less advanced F-16 jets. This has failed to gain traction in Congress, whose support of military sales is required, because of concern among leading United States lawmakers about Turkey’s tough rhetoric against its traditional foe Greece.