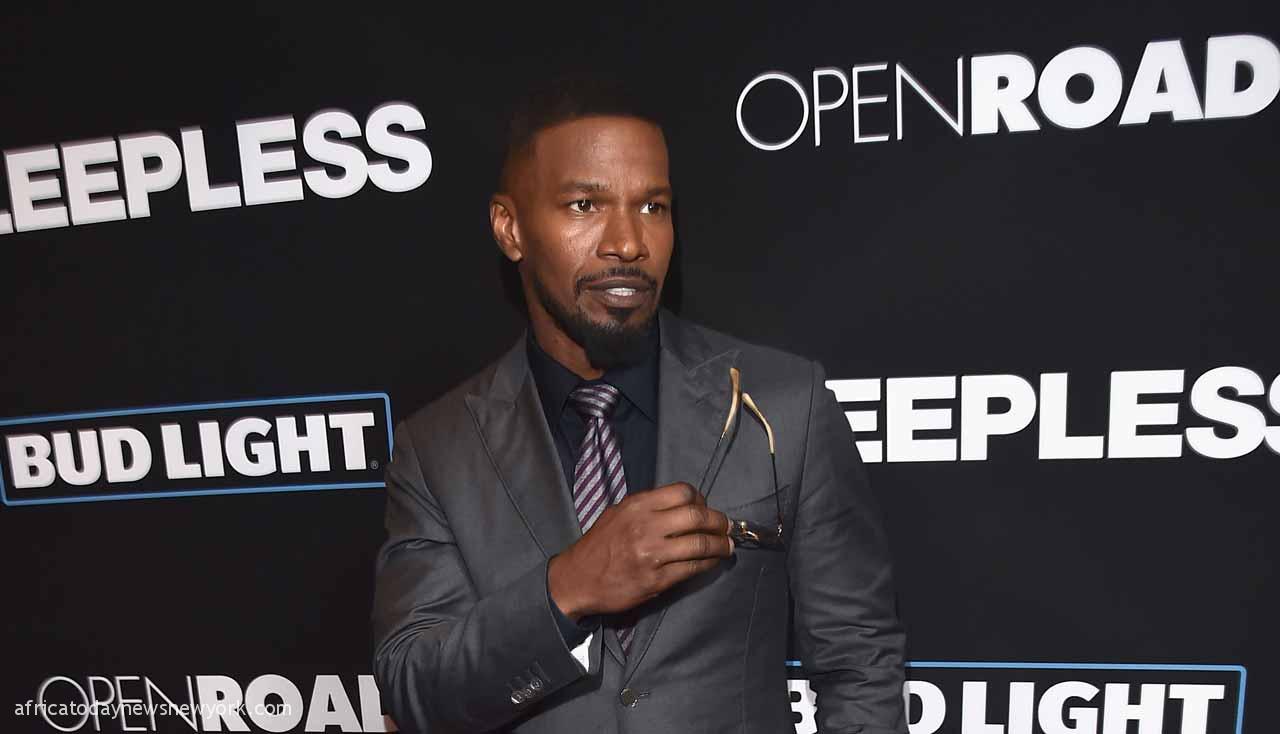 In a controversial development, it has been reported that top award-winning actor, Jamie Foxx has been refused entry to American rapper Cardi B’s birthday party which had been hosted recently in Los Angeles.

Foxx, who arrived late and with a large group of friends, was reportedly turned away from the party as a result of a misunderstanding with the doorman at the venue.

The Oscar winner was seen in the trending video replacing his Nike Air Force 1s with a new pair before heading to the event. The actor was stopped at the door as he tried to enter with his entourage and security by a doorman who wouldn’t let him in.

After a short while, Foxx returned to his Rolls Royce, where paparazzi inquired as to why he had been turned down. Moments later, the doorman ran after the celebrity to inform him that he was actually welcome to enter.

It was said that Cardi was enjoying her birthday party inside when Foxx ultimately turned away due to the fact that he had brought too many guests with him.

In another report, ‘Money’ singer, American rapper, songwriter, television personality, and actress Belcalis Marlenis Almánzar, known professionally as Cardi B, is set to visit Africa for the second time.

This time it is South Africa the social media sensation and mum of 1 is heading for a concert, as tickets are already selling out fast, to the point of crashing a ticketing site. She even urged South Africans to teach her about their country through their comments.

Fans have since reacted on twitter, expressing utmost pleasure at Cardi B retaining her Nigerian given name Chioma B, even though South Africans want her to change the name to Khanyi B, we all know who the Giant of Africa is, so no controversy in this case.