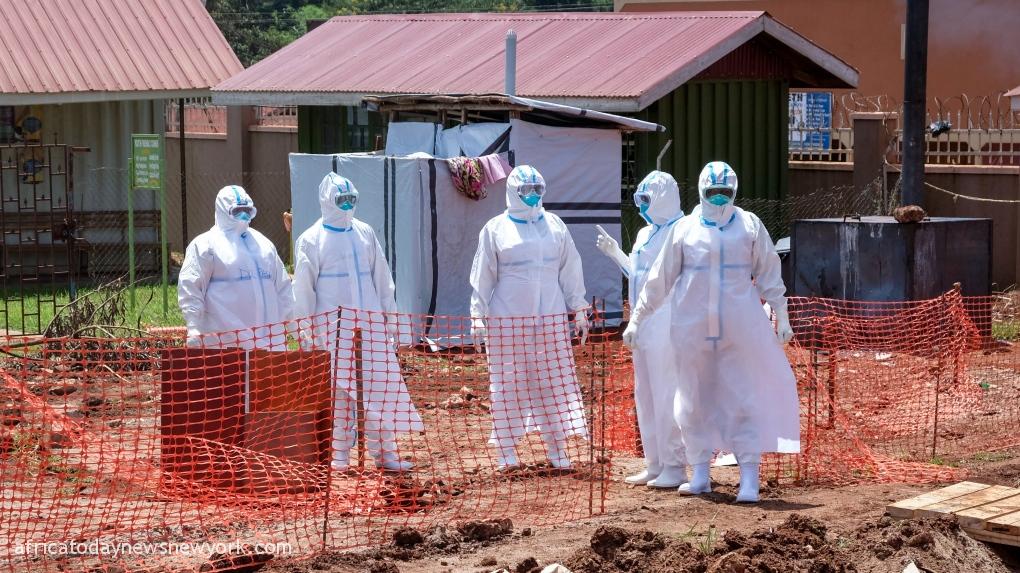 The President of Uganda, Yoweri Museveni has ordered that traditional healers in the country must immediately stop treating people during the ongoing Ebola outbreak that has so far terminated the lives of 19 people in the country.

The president also ordered security officials in the country to start arresting people suspected of having contracted the virus if they refuse to go into isolation.

In a televised address to the nation, during which he switched to the widely spoken Luganda language to address them directly, he told traditional healers and herbalists not to treat people suspected to be infected with the viral haemorrhagic disease.

It follows the death of a 45-year-old-man who was listed by health teams as having been exposed to the Ebola virus.

The man, who died in a hospital in the capital, Kampala, had fled his village in Mubende district, the outbreak’s epicentre.

He sought treatment from a traditional healer elsewhere before turning up at the Kampala hospital and died hours after being admitted there, authorities said.

Some of the man’s family members have been put under quarantine, while others have gone into hiding. The president urged them to report to health facilities.

Although Mr Museveni said there were currently no confirmed cases of Ebola in Kampala, he warned the public to continue being vigilant, assuring that health workers would bring the outbreak under control.

It has been almost a month since Uganda confirmed the outbreak of the Sudan strain of Ebola, which has now spread to five districts.

Africa Today News, New York reports that there have been 54 confirmed cases so far. Some 20 people, including five medical workers, have recovered.

Meanwhile, Museveni had last week fired his son as commander of the nation’s infantry forces Tuesday after the son tweeted an unprovoked threat to capture the capital of neighboring Kenya, drawing widespread concern in East Africa.

Lt. Gen. Muhoozi Kainerugaba, dubbed ‘the tweeting general’ of Uganda, in recent months had sparked anger among some Ugandans who see his frequent posts on Twitter as provocative and sometimes even dangero