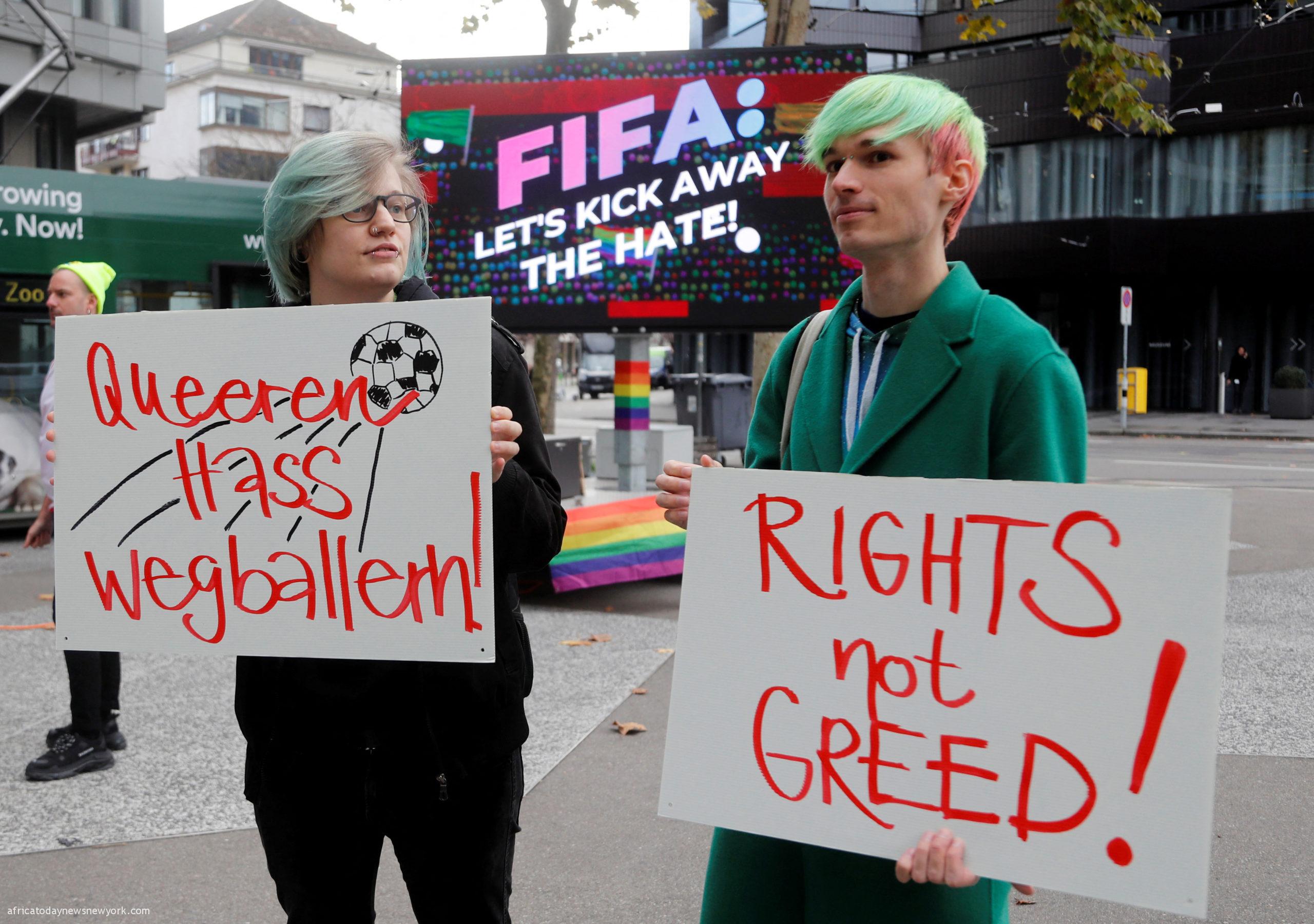 Dozens of people on Tuesday held protests in front of the FIFA Museum in Zurich on Tuesday to press for the rights of the LGBT+ community ahead of the World Cup which is set to be hosted by Gulf state Qatar this year.

Africa Today News, New York reports that ahead of the November kick-off of the tournament, some soccer players have on many occassions raised concerns over the rights of fans travelling to the event, especially LGBT+ individuals and women, whom rights groups say Qatari laws discriminate against.

The All Out group that organised the protest explained that the demonstration aimed to ‘make sure FIFA and Qatar know the world is watching and that citizens around the world expect action’.

All Out wants FIFA to pressure Qatar to decriminalize same-sex relations and protect the LGBT+ community, and says FIFA had not publicly committed to concrete steps that would ensure the safety of LGBT+ football fans, gay players, or the local LGBT+ community.

A spokesperson for the soccer body responded in emailed comments said; ‘FIFA is confident that all necessary measures will be in place for LGBTIQ+ fans and allies to enjoy the tournament in a welcoming and safe environment, just as for everyone else’.

FIFA’s position was that discrimination of any kind on account of sexual orientation was strictly prohibited, the spokesperson said, adding:

‘Qatar as a host country is fully committed to ensuring that everyone will be able to enjoy the tournament in a safe and welcoming environment, including members of the LGBTIQ+ community.’

Qatar is the first Middle Eastern country to host the World Cup, but the small nation has come under intense pressure for its treatment of foreign workers and restrictive social laws.

The country’s human rights record has led to calls for teams and officials to boycott the Nov. 20-Dec. 18 tournament.