Everton Fans Throw Iwobi’s Shirt Back At Him Following Defeat 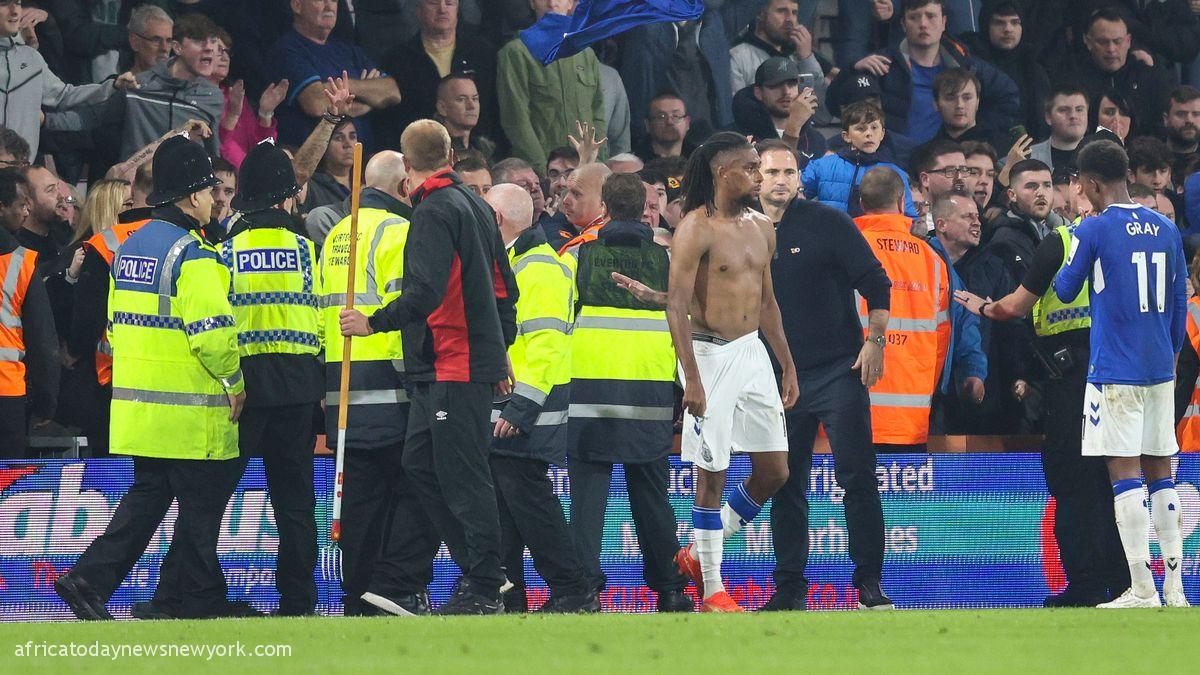 It was a painful evening for Nigeria International, Alex Iwobi after he watched as the shirt he threw to Everton fans after their 3-0 defeat to Bournemouth was thrown straight back to him by angry supporters.

Africa Today News, New York reports that Iwobi was among the few Everton players who managed to approach the away end, throwing his shirt into the crowd only to see it less than two minutes later.

Everton fans could not hold their anger and vented it on Frank Lampard and his men after watching them fall 3-0 to Bournemouth.

Meanwhile, Police and match stewards were on ground to calm the situation following a heated exchange involving the Toffees fans and club captain Seamus Coleman.

Lampard was also seen pulling his goalkeeper Jordan Pickford away after the full-time whistle.

Bournemouth beat Everton 4-1 in the Carabao Cup in midweek and in the space of four days, beat them again in the Premier League and sending them to the relegation zone.

Neither goalkeeper was troubled unduly during a lacklustre first half, with Miguel Almiron volleying over at one end and Armando Broja forcing a routine save at the other as the opening 45 minutes ended predictably goalless.

The Magpies, sensing an opportunity to prey on a below-par Chelsea side, were much more progressive after the restart, although Nick Pope was forced into a sprawling save in the 65th minute to deny Conor Gallagher’s curling shot.