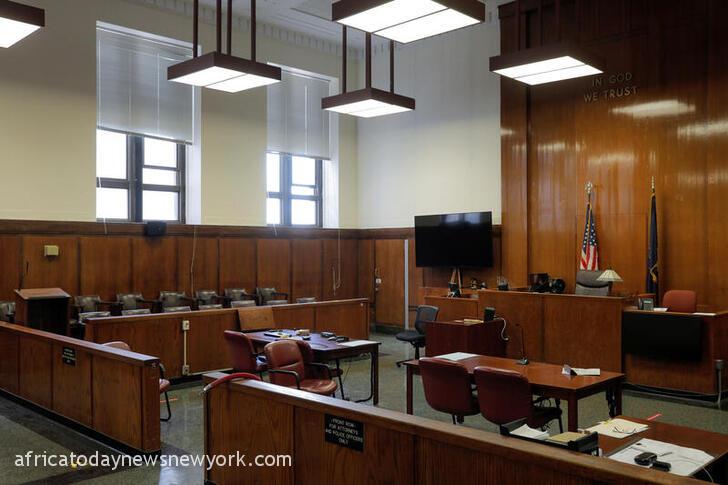 Correction Officers Steven Cange, Monica Coaxum and Eduardo Trinidad had been arrested earlier today, and their initial appearances would be scheduled for this afternoon before United States Magistrate Judge Vera M. Scanlon.

“As alleged, in the midst of an ongoing staffing crisis at Rikers Island, the defendants defrauded New Yorkers by fraudulently obtaining their full salaries while taking over a year of sick leave.  These correction officers abandoned their oath to protect inmates and put the safety of their fellow correction officers at risk” stated United States Attorney Breon Peace.  “Today’s arrests demonstrate that this Office remains committed to rooting out corruption at Rikers Island and protecting New Yorkers from public officials who steal their tax dollars.”

“As alleged, the defendants deliberately violated their oath when they participated in an elaborate scheme to defraud our community.  The FBI and our partners are committed to disrupting these fraudulent scams and holding the public officials who perpetuate them accountable,” stated FBI Assistant Director-in-Charge Driscoll.

DOI Commissioner Jocelyn E. Strauber said, “As charged, these New York City Correction Officers feigned illness and submitted false medical documentation to take sick leave during a staffing crisis, defrauding the City of New York of hundreds of thousands of dollars.  Today’s arrests hold these Correction Officers accountable for the shameful dereliction of duty alleged in the Complaints.  I thank the United States Attorney’s Office for the Eastern District of New York and the Federal Bureau of Investigation for their continuing partnership and efforts to bring to justice those whose misconduct jeopardizes the safety and stability of the City’s jails.”

As alleged in one complaint, New York City Correction Officer Steven Cange fraudulently obtained more than $160,000 in salary by being on sick leave from March 2021 to the present.  Although Cange claimed that he suffered from symptoms of vertigo and side effects from the COVID-19 vaccine, evidence obtained by law enforcement demonstrates that Cange was able to work.

During his sick leave, Cange submitted more than 100 fraudulent medical notes to DOC demonstrating that he was at physical therapy or another medical provider when records subpoenaed from those providers demonstrate that Cange was not at those appointments.  Law enforcement also observed Cange engaging in normal life activities with no apparent difficulty.

During her sick leave, Coaxum had also submitted nearly 50 fraudulent medical notes to DOC stating that she had gone to a medical appointment at times law enforcement determined she was elsewhere. Additionally, evidence shows that on some occasions where Coaxum claimed to be injured and at home, she was traveling and at parties.  When approached by law enforcement, Coaxum admitted to forging some medical documents.

Trinidad likewise obtained more than $140,000 by claiming to be too injured to work for over a year.  Although he went to medical appointments with DOC wearing some combination of a sling, cane, and/or boot, photographic and video evidence during the same period showed Trinidad doing normal life activities like home improvement work, bowling and traveling abroad, without any difficulty or help from equipment like a boot, sling or cane.

The charges in the complaints are allegations, and the defendants are presumed innocent unless and until proven guilty.  If convicted, the defendants each face a maximum sentence of 10 years’ imprisonment.