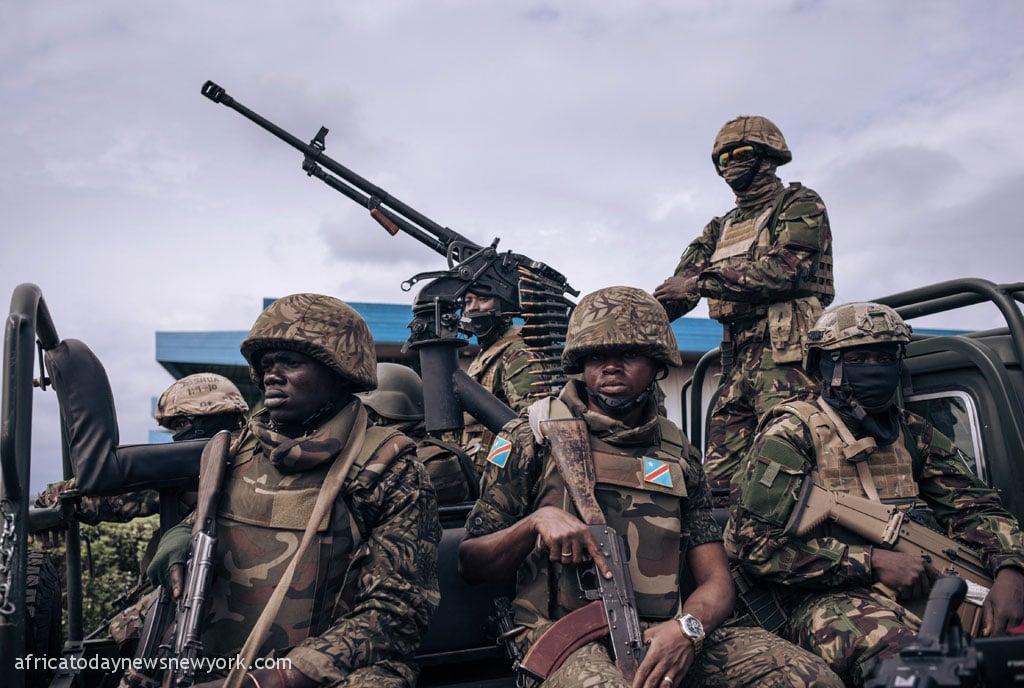 Two warplanes have been deployed against advancing M23 militants in the Democratic Republic of Congo in the country’s volatile east, sources have confirmed, after a regional bloc called for the disarmament of rebels.

A resident who spoke to reporters via telephone from the region’s main city Goma disclosed that tanks and two fighter jets targeted rebel positions in the town of Kibumba at noon.

A security official, who requested anonymity, confirmed the warplane strikes. ‘We have hope, we are moving forward,’ he told reporters.

The retaliation by Congolese forces comes as the M23 has been pushing closer towards Goma, sparking fears of an attack on the city.

The advance has triggered a humanitarian crisis and a showdown with Rwanda — which the DRC accuses of backing the M23.

Local residents and administrative officials told AFP that the M23 has also begun a push westwards into North Kivu’s Masisi territory, from its stronghold near the border with Uganda and Rwanda.

‘The rebels are here,’ a resident of Tongo, a town lying on the road leading to Masisi territory, said on Thursday.

An official in the local administration, who requested anonymity, also told AFP late Wednesday that M23 fighters had entered his office.

The DRC’s army has yet to communicate officially about the rebel advance.

Thousands of people marched against the M23 in protests held across the country on Thursday, including more than 15,000 in the capital Kinshasa, according to the organisers.

Thousands of people packed their belongings and headed towards Goma on Tuesday, amid rumours of a rebel advance, after troops were seen fleeing.

The following day, a military tribunal in Goma sentenced three to death for “cowardice” and having “fled before the enemy,” among other charges, a court official said.

In practice, the death penalty in the DRC is commuted to life imprisonment.

“Those who fail or refuse to voluntarily disarm, then we’ll go for them,” the Kenyan general warned.

Nyagah also vowed that the EAC force would protect Goma.

Kenya’s former president Uhuru Kenyatta, a mediator for the crisis for the seven-nation EAC, had on Tuesday also urged militants to lay down their arms and engage in negotiations.

The EAC has called for a ‘peace dialogue’ in Kenya’s capital Nairobi on November 21.

France’s foreign ministry on Wednesday condemned the latest violence and urged the M23 to withdraw from its occupied territory, according to a statement.