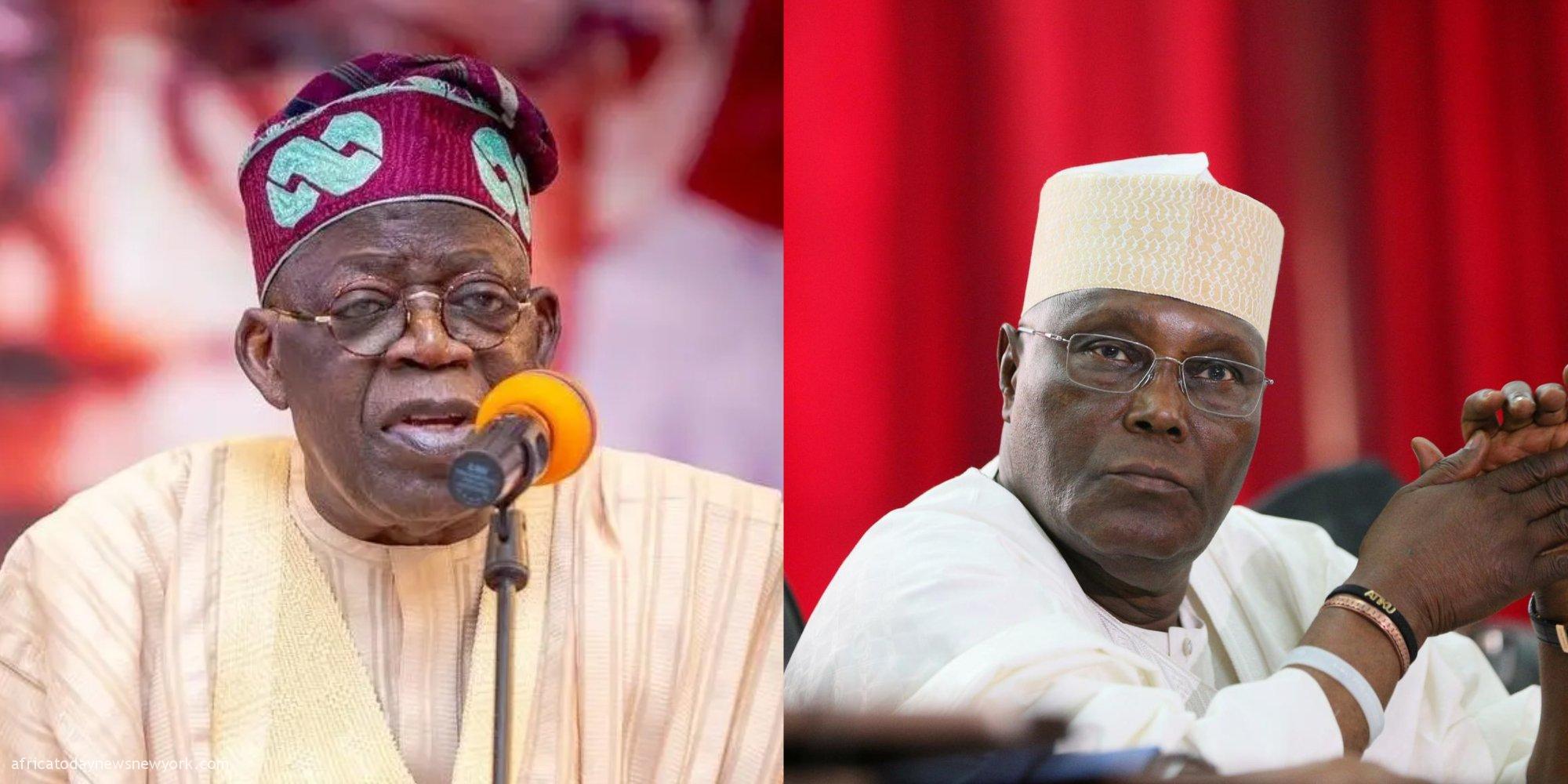 Bola Tinubu who is the presidential candidate of the All Progressives Congress (APC) yesterday again, lashed out at his counterpart from the Peoples Democratic Party, PDP, Atiku Abubakar describing him as shameless.

Tinubu asserted that Atiku was a shameless man who had even fought former President Olusegun Obasanjo in public.

He made this known during the APC presidential/governorship campaign rally in Warri, Delta State which was monitored by Africa Today News, New York.

According to Tinubu, Atiku had fought his former boss over how they spent money on projects for their girlfriends.

He also pointed out that the PDP can not be trusted with governance due to the in-fighting within the party.

‘Our rivals have no shame, when they are fighting in public; how can they think of governance?

‘When Atiku was there, he was fighting his boss in public. They were telling us how they spent PTF money to buy cars for their girlfriends in public; they don’t have shame.

‘They don’t have shame; will you vote for them again?,’ he queried.

Recall also that during the PDP’s eight-year rule, Atiku had endured a frosty relationship with Obasanjo.

Meanwhile, Atiku has revealed that he has already prepared a draft amendment bill for the restructuring of Nigeria was ready and would be introduced to lawmakers on the first day of sitting of the 10th Assembly, in 2023, as an Executive Bill.

The former Vice President stated that although he would not release the document now, Nigerians should be rest assured that sketcy issues around resource control, which continued to be a major talking point in the restructuring sphere, as well as devolution of power and state police were on the card.

The PDP standard-bearer made this revelation when he spoke on a day National Chairman of the party, Dr. Iyorchia Ayu, expressed confidence that the party would make history by displacing the ruling All Progressives Congress, APC, not only in Lagos State but also in at least 24 other states, in addition to the Presidency in 2023.