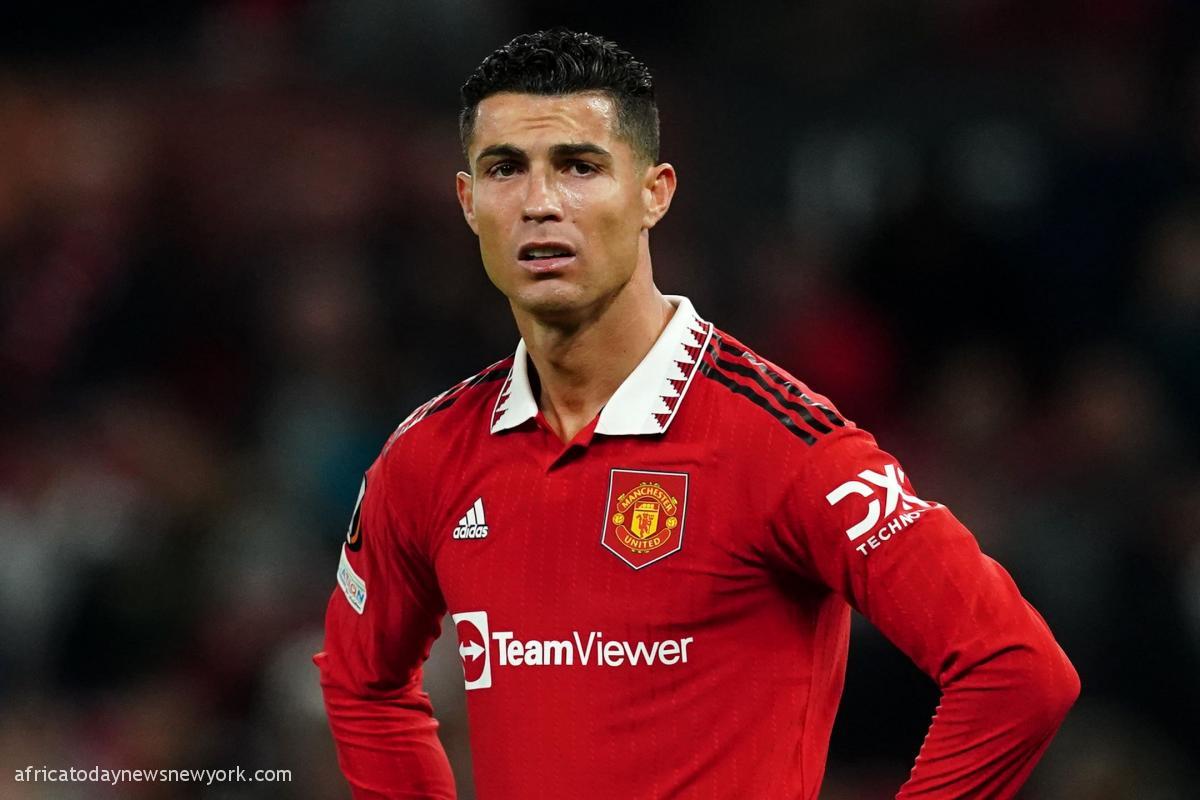 English Premier League giants, Manchester United shocked football fans on Tuesday night when they announced that they have reached an agreement with Cristiano Ronaldo to mutually terminate his contract.

Africa Today News, New York gathered that the decision came against the backdrop of a controversial interview granted by the 37-year-old Portuguese star where he heavily criticised the club and stated that he had ‘no respect’ for manager Erik Ten Hag.

Both parties clarified on Tuesday that Ronaldo’s exit was ‘mutually agreed’.

A statement from United reads: ‘Cristiano Ronaldo is to leave Manchester United by mutual agreement, with immediate effect.

‘The club thanks him for his immense contribution across two spells at Old Trafford, scoring 145 goals in 346 appearances, and wishes him and his family well for the future.’

Ronaldo conducted a highly-critical interview prior to the 2022 World Cup — where the attacker is set to play for Portugal — in which he accused his employers of betrayal and took swipes at head coach, Erik Ten Hag, as well as the club’s hierarchy.

Africa Today News, New York had earlier reported that the Old Trafford side had released a statement on Thursday, which said: ‘Manchester United has this morning initiated appropriate steps in response to Cristiano Ronaldo’s recent media interview.

‘We will not be making further comments until this process reaches its conclusion.’

All top-flight players sign a Premier League employment contract with their teams.

Under that agreement, they are obliged to “comply with and act in accordance with all lawful instructions of any authorised official of the club’ and are not allowed to “write or say anything which is likely to bring the club… into disrepute… or cause damage to the club.’

Meanwhile, football fans have taken to social media to react to the development with many lambasting Ronaldo for his lack of respect for the Club. Ronaldo had on Monday become the most followed sports personality on social media after he hit 500m followers on Instagram.