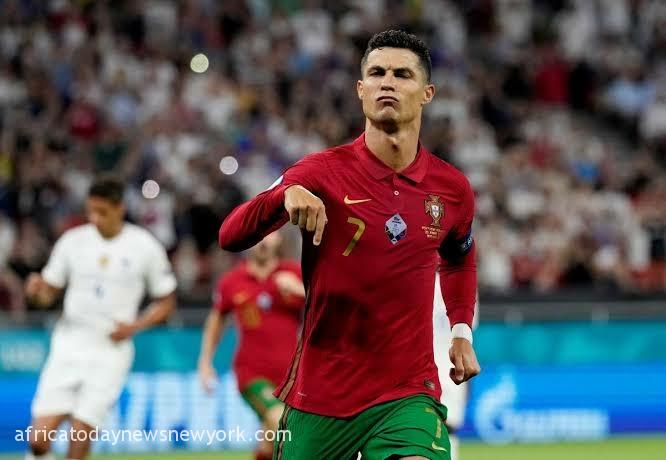 Portugal captain, Cristiano Ronaldo, has revealed that the nine-goal FIFA World Cup record held by former striker Eusebio is what he is targeting going into the tournament expected to begin next week.

Ronaldo pointed out that it would be a good challenge for him to break and possibly surpass Eusebio’s record in Qatar.

The 37-year-old is expected to lead Portugal into their eighth FIFA World Cup tournament in Qatar when the tournament starts this weekend.

The Manchester United forward has impressed at the international tournament, with seven goals and two assists in 17 appearances so far.

The five-time Ballon d’Or winner is eyeing Portuguese icon Eusebio’s nine-goal record he achieved at the tournament back in 1966.

The former Real Madrid star was speaking to LiveScore when he made known his determination to beat the former Benfica star’s record.

Ronaldo said: ‘It’s a good challenge, I respect Eusebio, it’s something that all the Portuguese keep in their heart.

He added, ‘The feeling is good to play these kinds of competitions at the end of the year. It is interesting, a challenge, and different, but in my mind, I think it will be good. I’m excited too, it will be my fifth World Cup and I’m really glad for that and to play in another World Cup.’

Africa Today News, New York reports that Ronaldo’s race to beat Eusebio’s record will begin in Group H, with Portugal’s opener coming against Ghana on 24 November before facing Uruguay on 28 November and South Korea on 2 December.

Africa Today News, New York reports that Ronaldo had just recently granted an exclusive interview with Morgan where he lashed out at Manchester United and their manager Erik ten Hag.