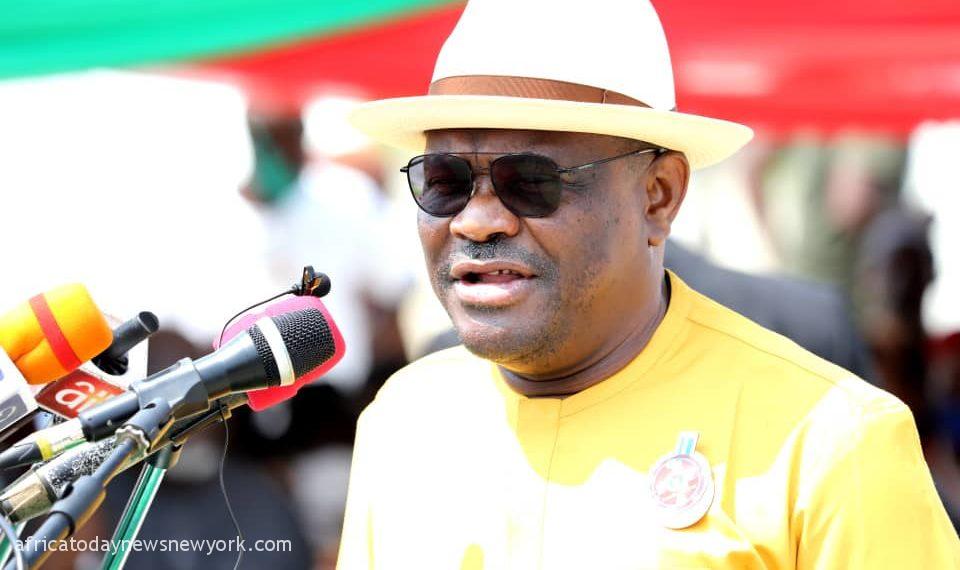 Rivers State Governor, Nyesom Wike has called on the Church in Nigeria to be vigilant and not allow itself to be used by desperate politicians who are seeking power at all costs in the 2023 general elections.

The governor made this known yesterday at the St. Paul’s Cathedral, Diobu-Port Harcourt during the Rivers Peoples Democratic Party (PDP) Dedication Service for 2023 Election Campaigns.

Wike, told the Church in Nigeria to ‘shine its eyes’, a Nigerian lingo to be alert to current happenings, and not be dragged unnecessarily into political intrigues.

“All of us should participate in the politics of Nigeria but the church must not be used as if we are fighting a religious war.

“We have to be careful so that the church is not destroyed,” the governor said.

Wike said just as the Muslim-Muslim ticket of the All Progressives Congress (APC) is not good for democracy, so also is it unacceptable for a northerner – PDP’s Atiku Abubakar – to take over from Katsina-born President Muhammadu Buhari in 2023.

“We cannot hand over govt to unserious people,” Wike said, adding that political parties must pay to use any public facility in Rivers.

With about two months to the 2023 presidential election on February 25, politicians have been seen at major programmes of mega churches, tacitly seeking support of their large congregations.

Wike’s 2023 presidential ambition was terminated when he lost the PDP’s primary to Atiku in May. Atiku, a former Vice President later stung Wike when he passed over his closest rival at the primary and chose Delta State Governor, Ifeanyi Okowa as his running mate.

Wike has since been at loggerheads with PDP presidential candidate (Atiku) over the chairmanship of Iyorchia Ayu. Wike with four other PDP governors known as the G5 or the Integrity Group have insisted that Benue-born Ayu must step down for a southerner as a precondition to support the 2023 ambition of Atiku.

While Wike and his allies have not been seen to campaign for Atiku, it is not clear whether they will support Obi, Kwankwaso or APC’s Bola Tinubu in the contest for Aso Rock’s top job.