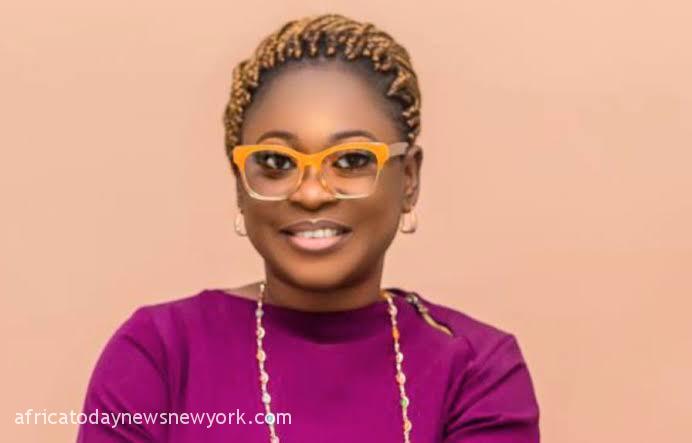 Outrage and fury of monumental proportion have continued to trail the killing of a Lagos female lawyer, Bolanle Raheem, by a trigger-happy policeman in the Ajah axis of the state on Christmas Day.

Africa Today News, New York recalls that Raheem and her family members were said to be on their way home from a Christmas Day church service when the policeman (yet to be identified) attached to the Ajah Police Station and his team tried to stop them. The deceased was said to have been shot at a U-turn under the Ajah Bridge and was rushed to a hospital, where she was confirmed dead.

Governor Babajide Sanwo-Olu, yesterday expressed shock and sadness over the mindless shooting of “a harmless citizen” by a police officer whose primary job was to protect the same citizen.

He said: “I have studied preliminary reports on the matter and have instructed the appropriate government officers to immediately get on it. We must ensure speedy justice for the late Bolanle. Our government cannot sit back and watch our citizens killed by the same law enforcers that should ordinarily protect them.

“I’m aware that the Lagos State police command has arrested, disarmed and detained the police officers involved in the shooting incident. I can assure you that the accused persons will have their day in court, and nothing will be spared under the Laws of Lagos State, until justice is served adequately. We will ensure that it is done speedily because justice delayed is justice denied.”

Also reacting to the incident, the Nigerian Bar Association (NBA) has demanded that justice be served on the matter.

National Publicity Secretary of the association, Akorede Lawal, in a statement, yesterday said: “This is yet another crime against a lawyer. Regrettably, our member is gone…We shall ensure that justice is duly served.”

“A Nigerian Police Officer from Ajiwe division shot and killed Bolanle Raheem on Xmas day. It is from this same division an Officer killed Gafaru Buraimoh about two weeks ago. This barbarism by the Nigerian Police must come to an end. These murderers must pay for their crimes,” he wrote on social media.

A legal practitioner and founder, Stop Abuse Foundation, Toyin Taiwo-Ojo, the killing of the female lawyer is worrisome, not only that we lost a member of the Nigerian Bar Association (NBA), but it is one killing too many. It has become a constant development that policemen would use the taxpayers money to kill citizens who they are paid to protect. I am advocating for mental evaluation of officers bearing arms and for a public hearing of the case. I am, also, calling for the death penalty of any police officer found guilty for using his office to wrongly kill an innocent citizen. Lastly, the enrollment for the officer should be paid to the victim’s family. With the strict punitive measures in place, it will become a deterrent to others.

Spokesman for the Lagos State Police Command, Benjamin Hundeyin, confirmed the incident and described it as “unfortunate and avoidable”, assuring the public that justice will prevail.

“The ASP that shot and two others with him have since been taken into custody,” Hundeyin tweeted yesterday.

“The Lagos State Police Command condoles with the family, friends and colleagues of Barrister Bolanle Raheem. The Commissioner of Police, Lagos State Command, Abiodun Alabi, has been in touch with the family and the Nigerian Bar Association since yesterday and has given firm assurances that justice will definitely prevail,” he further disclosed.

Meanwhile, the Inspector-General of Police (IGP), Usman Baba, yesterday, ordered speedy investigation and prosecution of the culprits after he condemned Raheem’s killing, describing the incident as unfortunate and sad.

The IGP, in a statement by the Force Public Relations Officer, Olumuyiwa Adejobi, yesterday, said the act didn’t portray the Nigeria police standard operating procedure and core values. The IGP commiserated with the family, friends, and colleagues of the deceased and prayed for the repose of her soul and assured the general public of justice in the case, while he warned officers and men of the Force to be professional and people-oriented in the discharge of their duties.