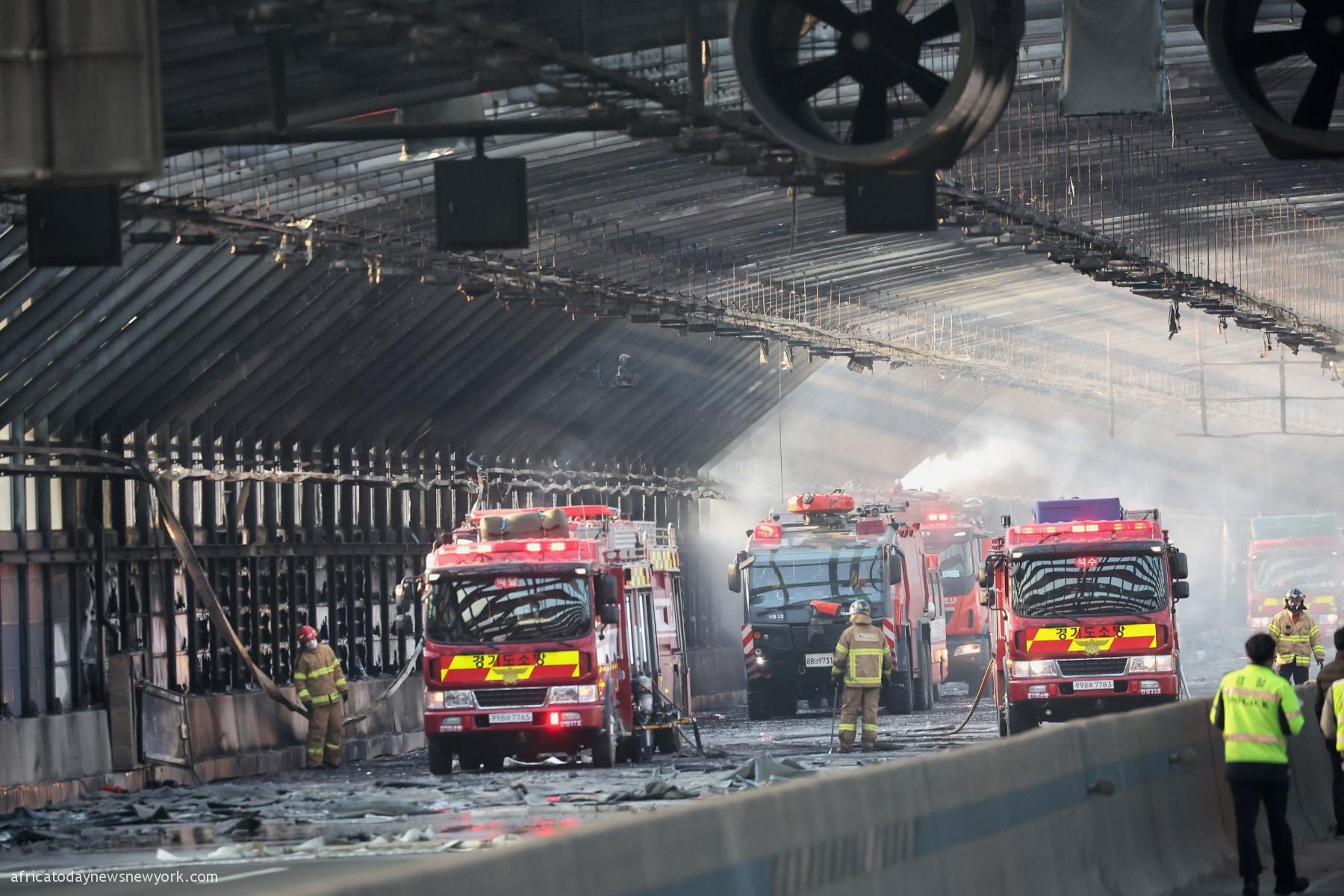 No fewer than six people have been reportedly killed after a bus and truck crash caused a huge fire at an expressway tunnel on the outskirts of Seoul, the local fire department told reporters.

Images of the scene which were obtained by Africa Today News, New York showed huge flames and plumes of smoke rising from the tunnel, as hundreds of firefighters battled to bring the blaze under control.

A bus and a truck crashed in the motorway tunnel in Gwacheon at about 1:50 pm (0450 GMT), according to a representative of the Gwacheon fire department.

Images in the local media showed that the raised tunnel, which is intended to shield neighbouring buildings from the noise of the road, was swiftly consumed by fire.

The official reported that the blaze had been put out by firefighters.

‘We are doing a search inside the tunnel in case of additional casualties,’ the official added.

Around 20 people are being treated for smoke inhalation, he added.

‘I urge the authorities to put out the best efforts to save the lives of those who have not escaped,’ he said.

The fatal accident comes just months after 150 people, mostly young women, were killed in a Halloween crowd crush in the Itaewon nightlife district.

South Korea’s rapid transformation from a war-torn, impoverished backwater to Asia’s fourth-largest economy and a flourishing democracy is a source of great national pride.

But a series of preventable disasters — including Itaewon, and the Sewol ferry sinking which killed more than 300 people in 2014 — has shaken public confidence.

Many South Koreans have questioned whether safety standards were sidelined and regulations ignored in the rush for development, with the long toll of accidents leaving a legacy of bitterness and mistrust.